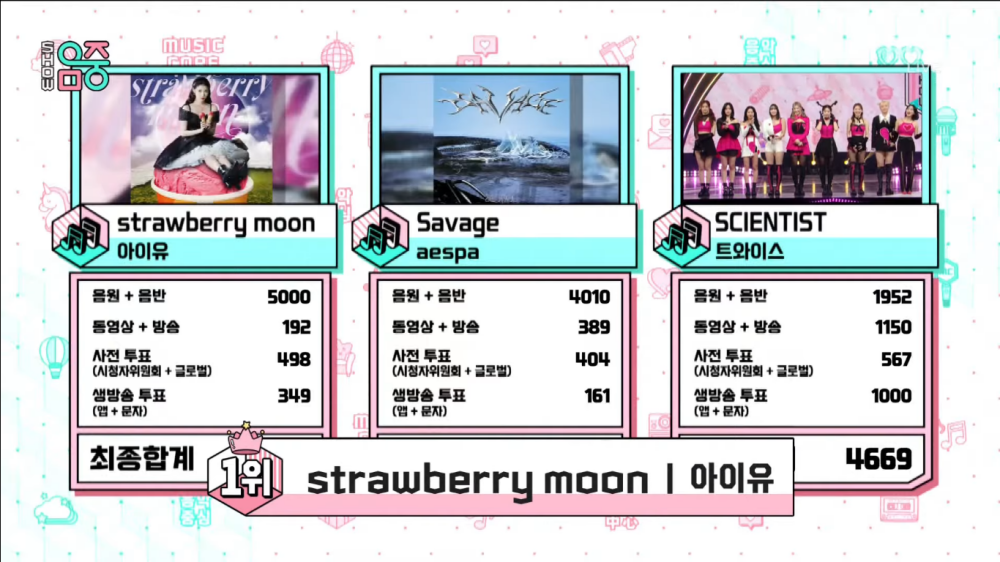 IU's 'Strawberry Moon' managed to excel after obtaining a total score of 6039 points, beating the song 'Savage' aespa which was in second place with 4964 points and TWICE's 'SCIENTIST' with 4669 points. This is the third trophy that IU has won since releasing her latest single entitled 'Strawberry Moon'.