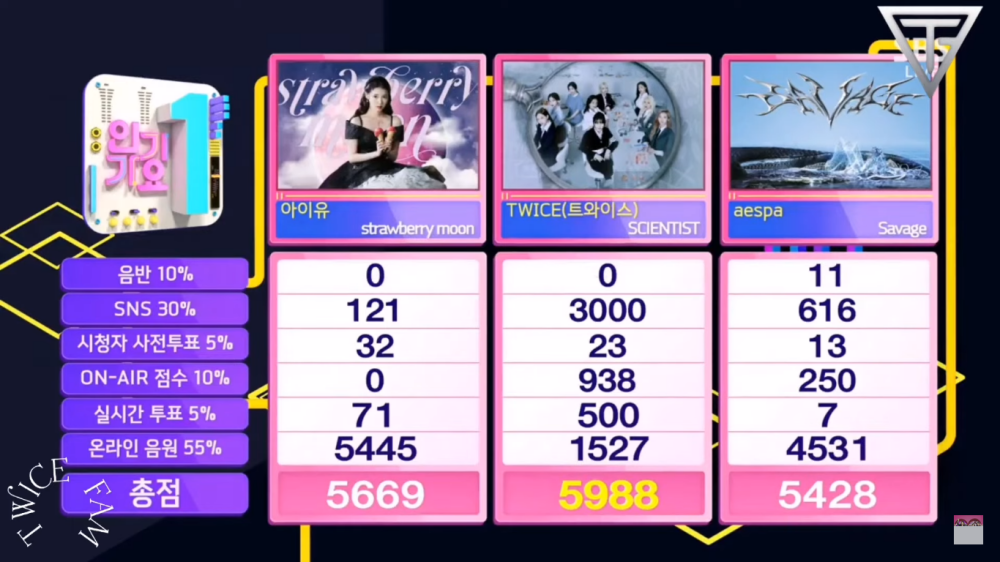 TWICE managed to win the next trophy for their new song, 'SCIENTIST'. On Sunday (11/28), TWICE's song 'SCIENTIST' was successfully nominated for the winner on 'Inkigayo'.

In today's episode of 'Inkigayo', TWICE's 'SCIENTIST' managed to rank first and get a total score of 5988 points. In second place was IU's 'Strawberry Moon' which won a total of 5669 points, while the song 'Savage' aespa was in third place with 5428 points.

This is the second trophy that TWICE has won since making a comeback with the song 'SCIENTIST'. Unfortunately, TWICE members could not welcome the winning trophy directly on today's episode of 'Inkigayo'.