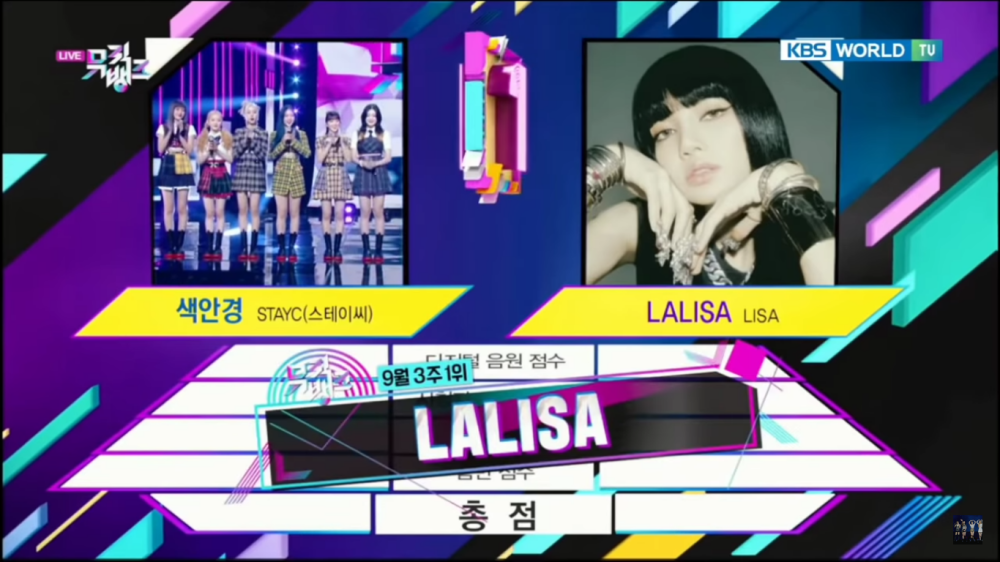 BLACKPINK's Lisa finally brought home the first winning trophy for her solo debut song, 'LALISA'. This trophy was won by Lisa in the latest episode of 'Music Bank' which aired on Friday (17/09).

In today's episode of 'Music Bank', Lisa's song 'LALISA' was included in the winner's nomination along with the song 'STEREOTYPE' STAYC.

Despite not appearing on the 'Music Bank', Lisa managed to excel with a score of 5068 points for the song 'LALISA'. While STAYC had to rank second after the song 'STEREOTYPE' got a total score of 3749 points.

This is the first victory trophy that has been achieved by Lisa, since making her solo debut with the single 'LALISA'. (www.onkpop.com)
Add your comment