'Girls Planet 999' K.Group Presents a Fresh and Cute Performance With The Song 'O.O.O' 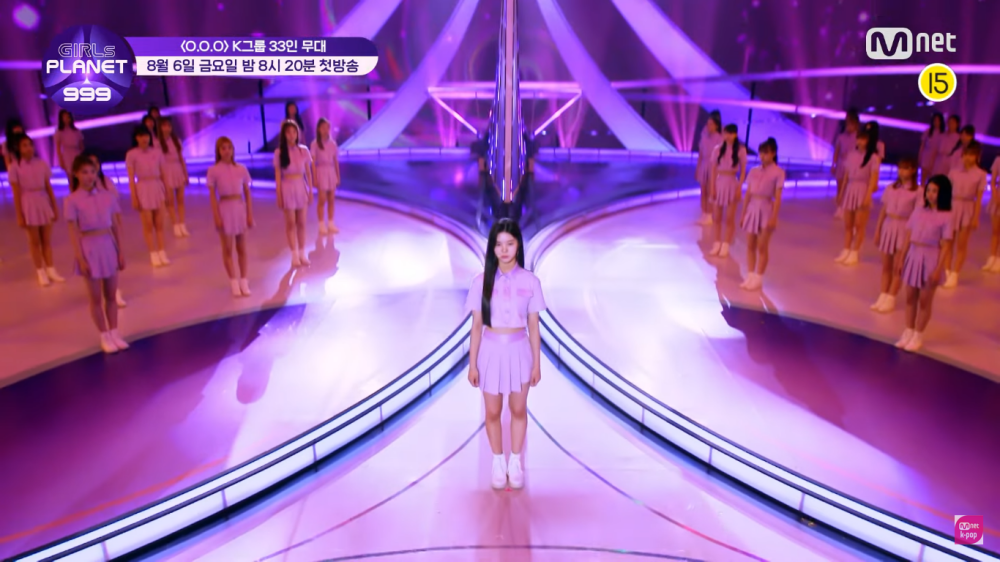 Getting closer to the broadcast schedule, Mnet's latest program, 'Girls Planet 999' released a music video showing their performance with the song 'O.O.O'. Through the music video released on July 12th, 2021, dozens of South Korean participants for 'Girls Planet 999' were seen singing and dancing to their program's official song, 'O.O.O'.

Starting from CLC's Yujin to the younger sister of TXT's Hueningkai, Bahiyyih presenting their fresh and cute performance.

At the end of the video, you can see dozens of other participants who are divided into 2 large groups which are estimated to be the Chinese and Japanese teams who will perform 'O.O.O' according to the language of their country of origin.

Let's watch the performance of the Korean team 'Girls Planet 999' with the song 'O.O.O'. (www.onkpop.com)
Add your comment