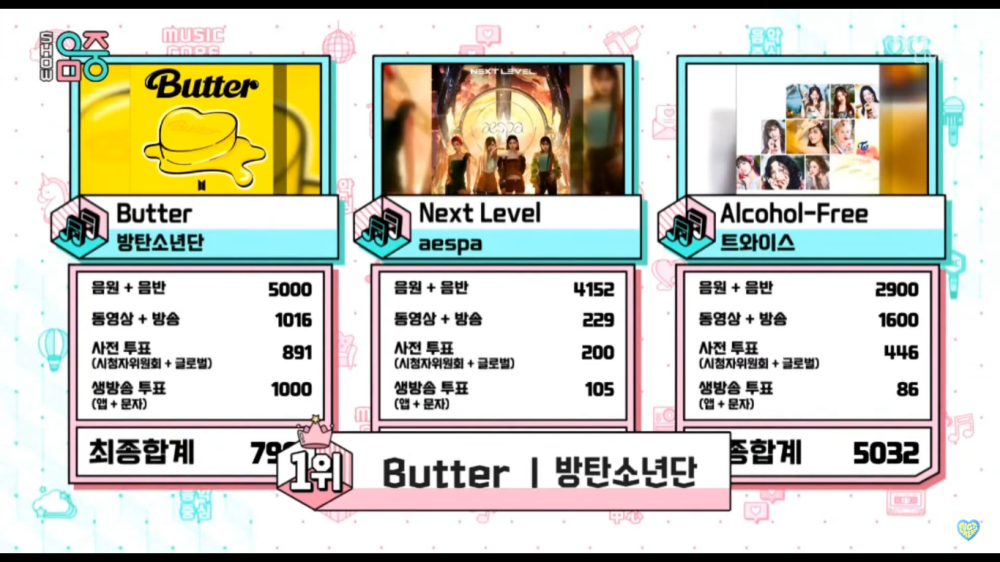 This famous South Korean boy group again won for their latest song which was released last May. Today, June 26th, 2021, BTS is one of the winning candidates in MBC's 'Music Core', alongside 'Next Level' aespa and 'Alcohol-Free' TWICE.

Together with the song 'Butter', BTS again won the victory trophy with a total score of 7907, which in terms of digital sales, global pre-vote, text live-vote and live-vote app have perfect scores.

With the victory this time on 'Music Core', BTS has managed to collect a trophy for the song released on May 21st, 2021. Congratulations to BTS and ARMY on their win for 'Butter'! (www.onkpop.com)
Add your comment
Subscribe to: Post Comments (Atom)