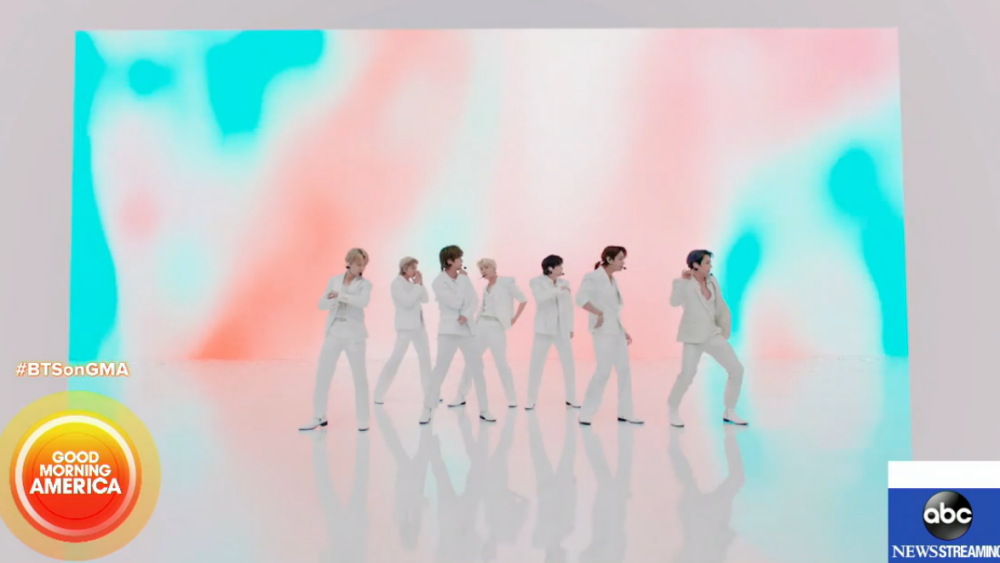 BTS put on a spectacular stage performing two songs at once on 'Good Morning America'. On Friday (05/28), BTS appeared and contributed a special performance delivering their 2020 summer hit song 'Dynamite' and this year's summer song as well as the boy group's newest single, 'Butter'.

Before to after this performance, the hashtag #BTSonGMA became trending on Twitter, it shows that BTS' appearance had been eagerly awaiting and talking about, especially ARMY (as BTS fans were called).

This is the umpteenth time BTS has appeared on 'Good Morning America', where at the end of November 2020 they also performed 'Dynamite' which was viral at that time. You can watch both BTS performances on the following 'Good Morning America'. (www.onkpop.com)
Add your comment
Subscribe to: Post Comments (Atom)