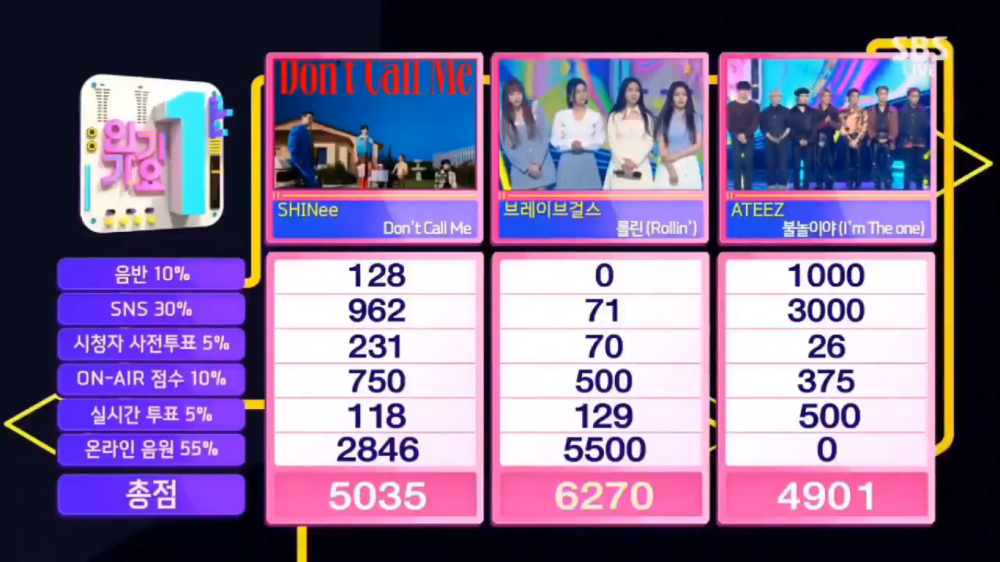 Brave Girls' for the first time since their debut 10 years ago took home the trophy from music shows. With the summer theme song 'Rollin' released in 2017, Brave Girls won the weekly victory trophy from SBS' 'Inkigayo' which was broadcast today, Sunday (03/14).

The song 'Rollin' led the weekly points total with 6270 points, outperforming the other two nominees for SHINee's 'Don't Call Me' which had 5035 points and ATEEZ's 'I'm The One' which had 4901 points.

This victory was also their first win and their song on a music program since debut in 2011. Congratulations to Brave Girls! (www.onkpop.com)
Add your comment