BTS Wins The 31st Trophy for 'Dynamite' on 'Music Bank' 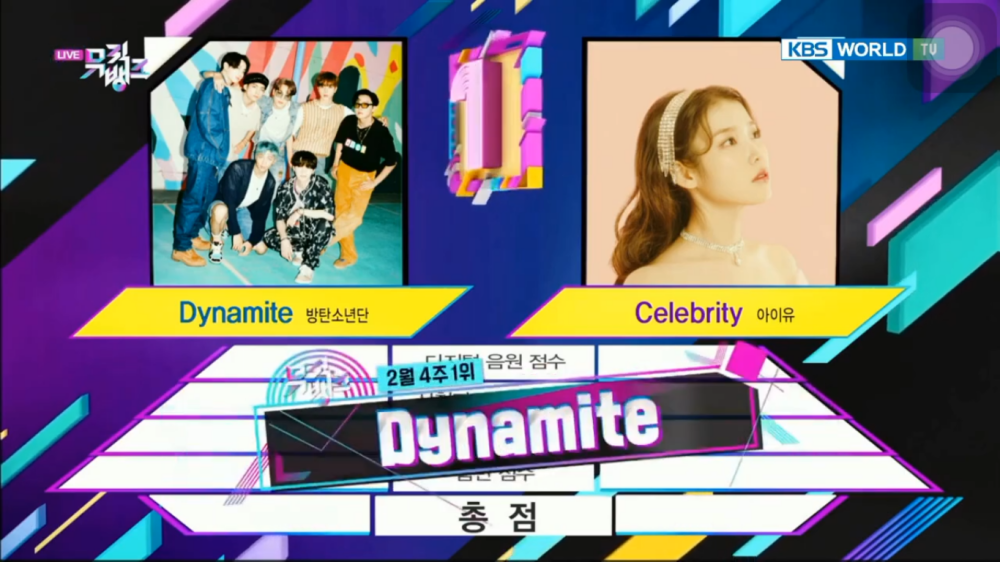 One of BTS' songs reclaimed their throne for No.1 on the music show 'Music Bank'. Through the broadcast of 'Music Bank' which aired today (26/02) on KBS television channel, BTS again won the trophy.

BTS with 'Dynamite' managed to beat IU's newest song, 'Celebrity' with a total of 9812 points. The points earned by BTS are still the highest point total in the music program during 2021.

Congratulations to BTS and ARMY on their 31st win for 'Dynamite'. (www.onkpop.com)
Add your comment