BTS to Give 'Life Goes On' Special Performance on 'MTV Unplugged' 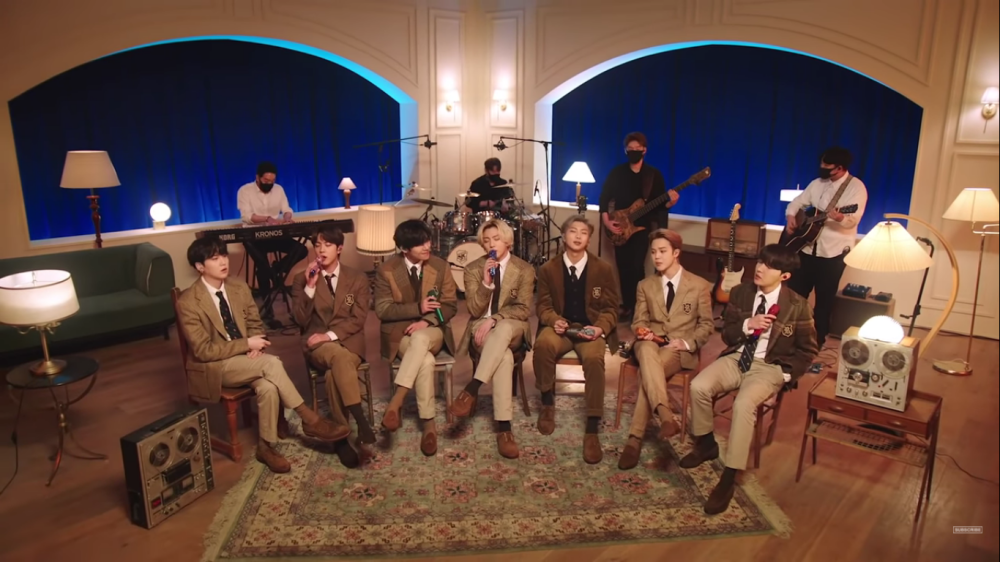 The boy group from Big Hit Entertainment will present their hit songs in different colors through the program 'MTV Unplugged'.

'MTV Unplugged' is a program from the US television channel, MTV, where artists will sing their hit songs to the accompaniment of acoustic instruments. Having developed their name on the international scene, BTS will also be singing songs from their album, 'BE (Deluxe Edition)'.

MTV also released a preview video of BTS singing 'Life Goes On' in a brown suit. 'MTV Unplugged', which will feature BTS, is scheduled to air on February 24th, at 09.00 WIB on MTV television channel.

To treat a little curiosity, you can watch the footage of BTS's appearance below. (www.onkpop.com)