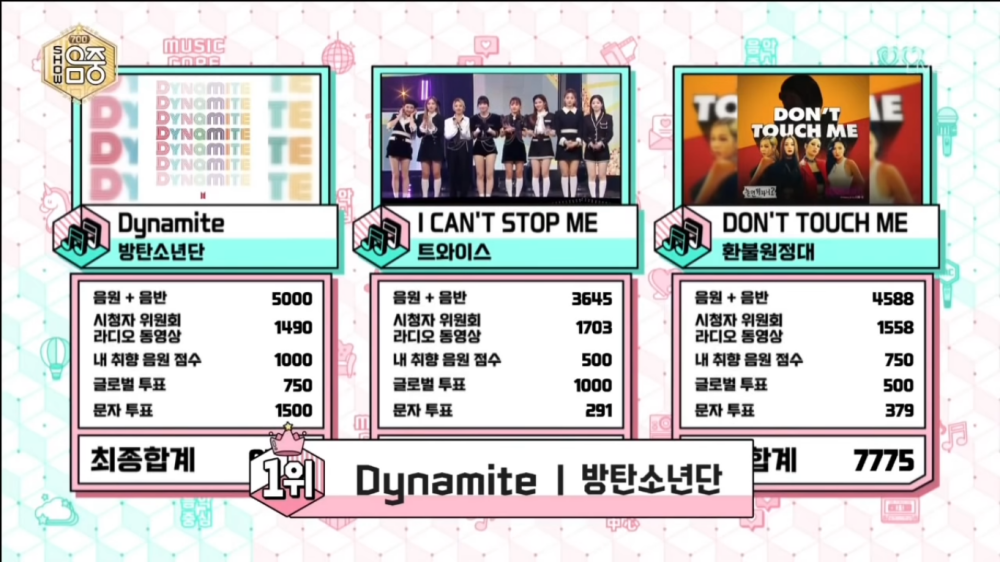 BTS again brought home their 21st trophy through their newest single. On November 7th on 'Music Core', BTS' 'Dynamite', TWICE's 'I CAN'T STOP ME', and Refund Sisters' 'Don't Touch Me' became the strongest candidates for first place of the week.

In the end, BTS came out on top with a total of 9,740 votes and made this their 21st win with their new single 'Dynamite'.

While many artists took to the stage to deliver their latest songs, there were also special performances from several groups to celebrate the 700th episode of 'Music Core' such as (G)I-DLE who performed Refund Sisters' debut song, 'Don't Touch Me', Second Aunt Kim Da Vi X LOONA's collaboration, who performed a song called 'Gimme Gimme', and others. (www.onkpop.com)
Add your comment