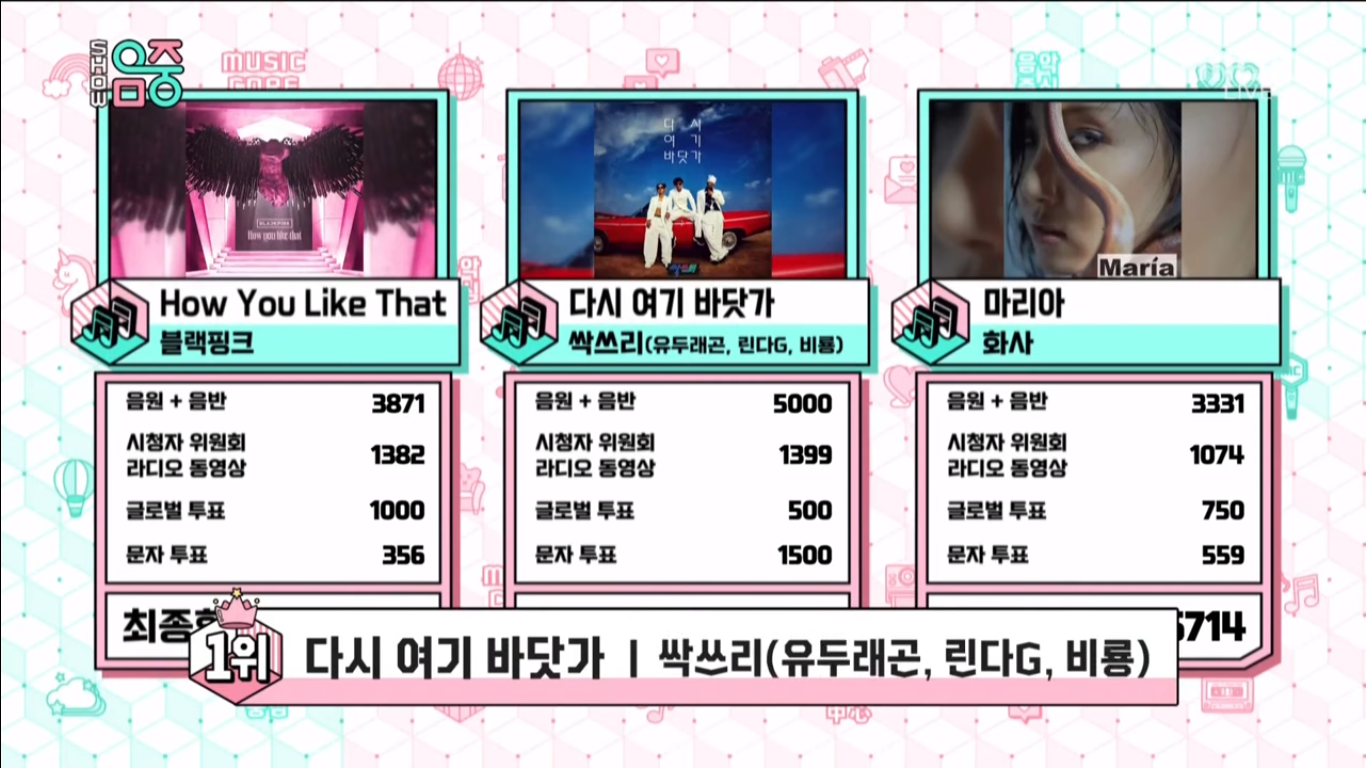 SSAK3 trio group managed to get the 2nd victory trophy in the music program since debut. SSAK3 is a trio group consisting of Yoo Jae Suk, Lee Hyori and Rain, formed through the variety show program 'Hangout With Yoo'.

This is the 2nd trophy that has been won by SSAK3 with the song 'Beach Again', after previously won the 1st trophy in 'M! Countdown'.