Home Boyband Featured Not Only Debut in Japan, Stray Kids Will Also Hold the First World Tour in America

Not Only Debut in Japan, Stray Kids Will Also Hold the First World Tour in America 
The group, which debuted in 2017, also continued their world tour in the United States. Recently, Stray Kids released a poster showing the city that would be visited.

From the poster, Stray Kids will be present in 8 cities consisting New York, Atlanta, Dallas, Chicago, Miami, Phoenix, San Jose, and Los Angeles. The eight cities will be visited by them in January to February 2020.

Previously, Stray Kids also announced that they are preparing to debut in Japan. They had planned to start debuting in March 2020.

Meanwhile, after one of their members Woojin left the group and agency, their comeback album titled "Cle: LEVANTER" was postponed until December 9. Woojin ended his exclusive contract for personal reasons. 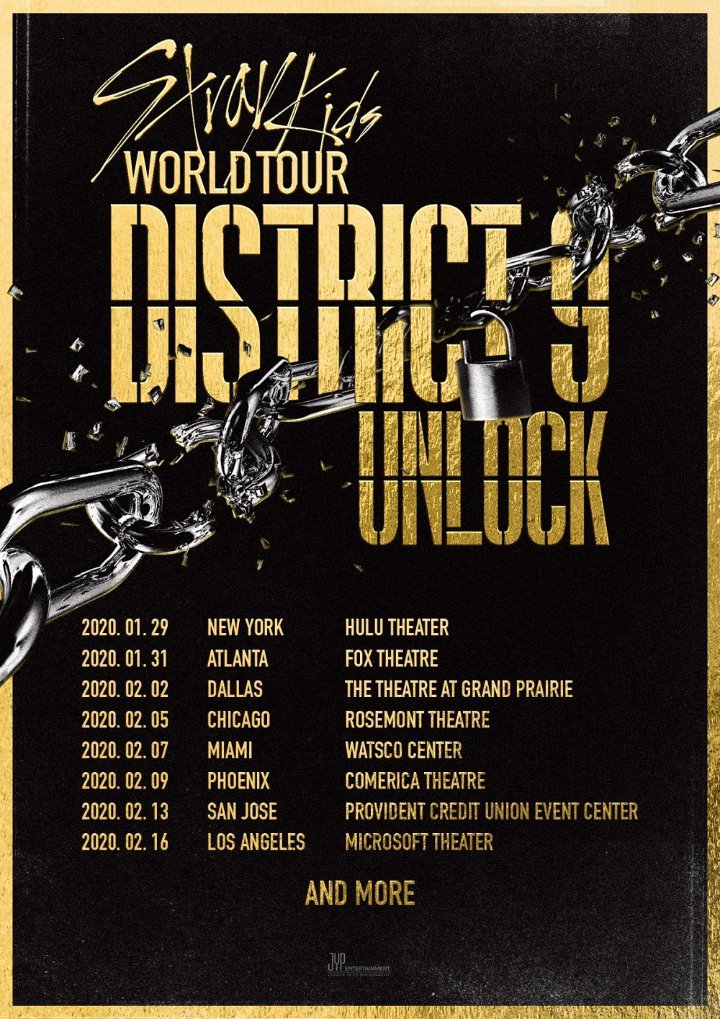