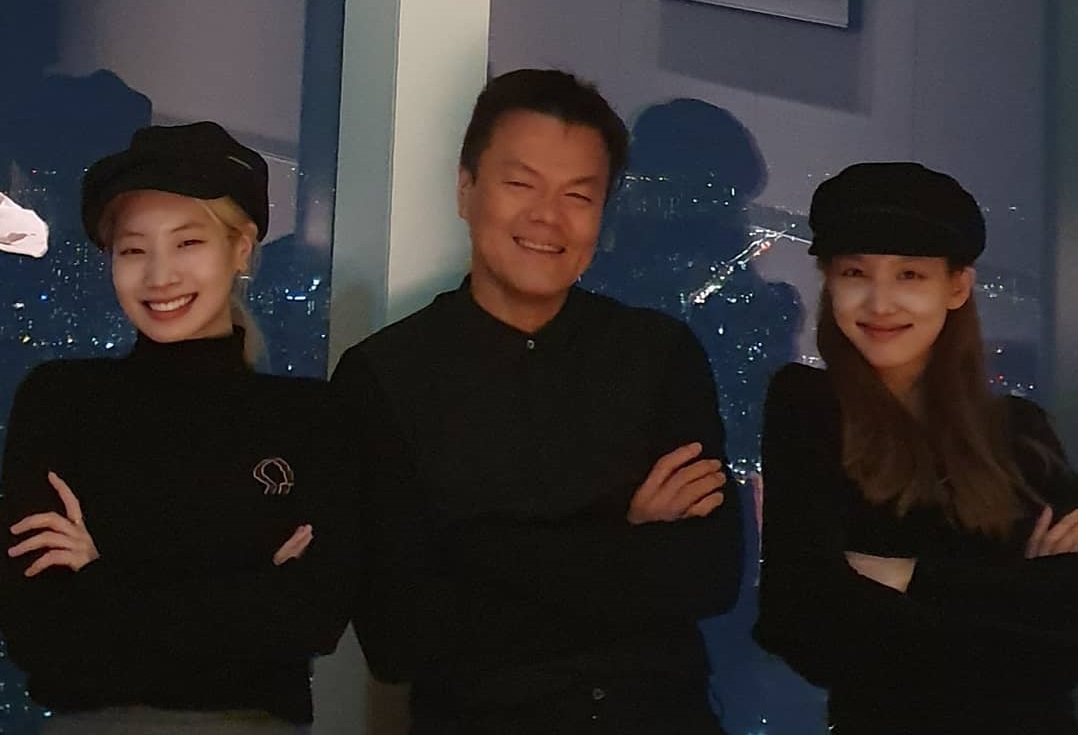 Two TWICE members, Dahyun and Nayeon have been confirmed to star in 'Knowing Brother' with Park Jin Young. This news was confirmed directly by Park Jin Young through the latest posts on his Instagram account.

As he uploaded a photo of himself with the two members of TWICE, Park Jin Young wrote, "Three variety show experts from JYP."

In addition Park Jin Young also asked fans to look forward to their appearance in 'Knowing Brother' on the upcoming November 30, 2019 episode.

Park Jin Young's appearance in 'Knowing Brother' coincides with the promotion of his latest solo song titled 'Fever' which he brought with Superbee and BIBI. The music video for the song 'Fever' will starring by actress Jo Yeo Jeong from the film 'Parasite' and will be released on November 30, 2019.

While the digital single for the song will be released on various music provider sites on December 1, 2019. (www.onkpop.com)