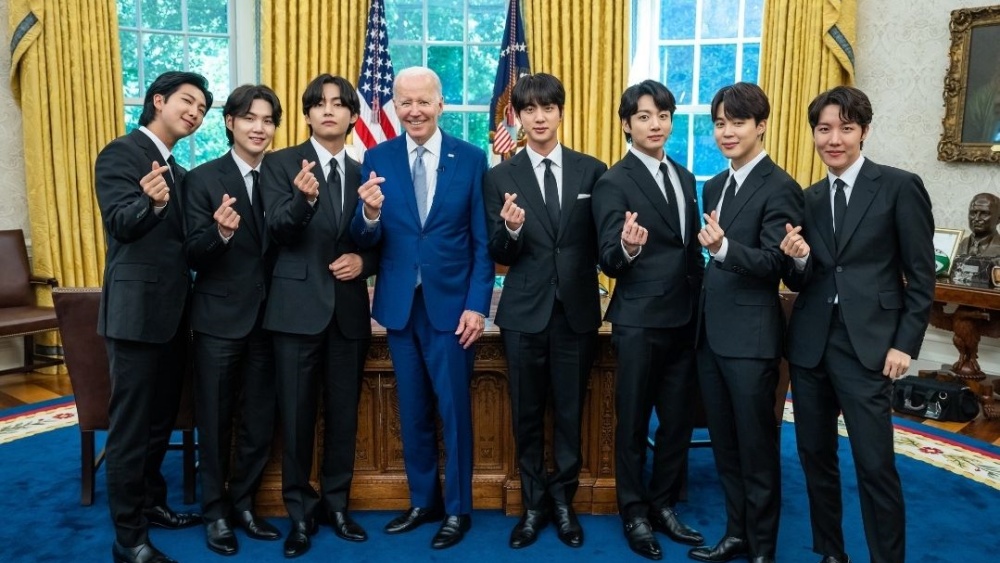 On May 31st, 2022 local time, BTS met with President Biden regarding the AANHPI (Asian American and Native Hawaiian/Pacific Islander) at the White House to assist in ending hate crimes and anti-Asian discrimination.

Through the president's official Twitter account, POTUS, a short video has been uploaded showing footage of BTS' conversation with President Joe Biden.

President Joe Biden discussed why BTS' influence is important to fight hate crimes and anti-Asian discrimination, “Many people care about what you say and what you do is very good for many people. Not only do you have extraordinary talent, but the message you convey is also very important.”

President Joe Biden, via the POTUS Twitter account also promised to release more conversations with BTS in the future. (www.onkpop.com)

It was great to meet with you, @bts_bighit. Thanks for all you’re doing to raise awareness around the rise in anti-Asian hate crimes and discrimination.

I look forward to sharing more of our conversation soon. pic.twitter.com/LnczTpT2aL