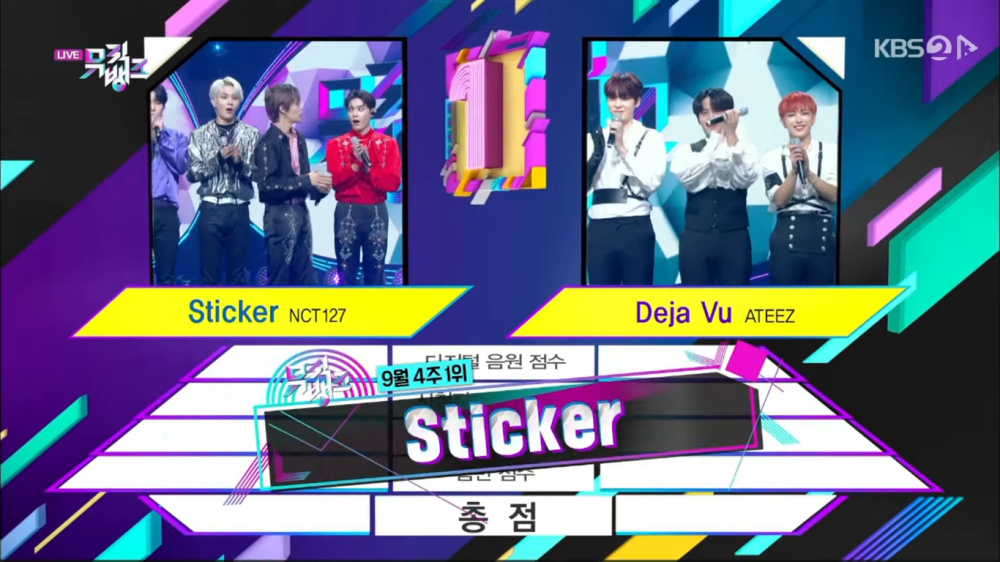 The song 'Sticker' succeeded in winning after obtaining a total score of 4784 points, beating ATEEZ's 'Deja Vu' which got 4335 points in second place.

This is the second trophy that has been obtained by NCT ​​127 since making a comeback with the album 'STICKER'. NCT 127 members also appeared on today's episode of 'Music Bank' and directly welcomed their second victory trophy.