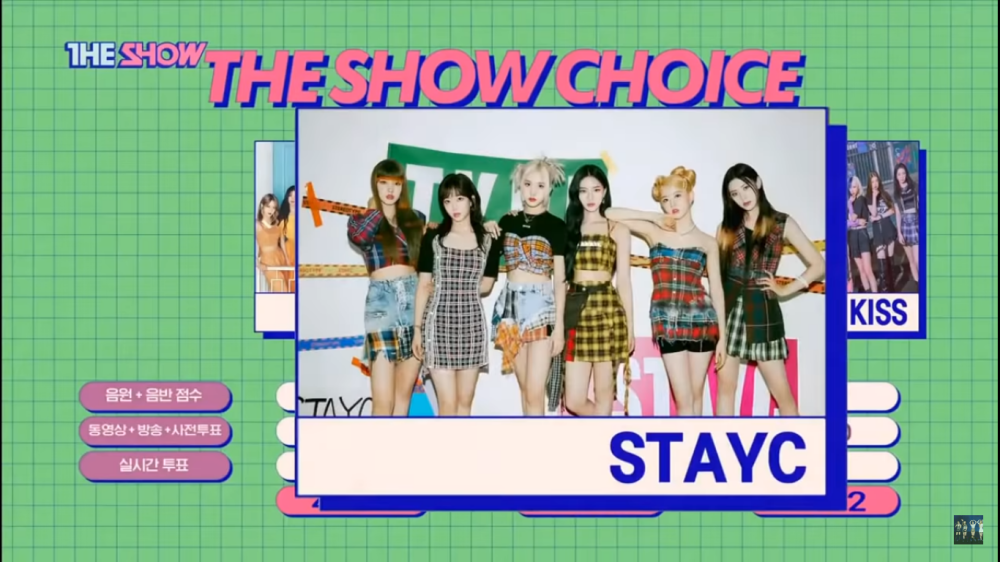 STAYC, the girl group from HIGHUP Entertainment finally won their first victory trophy through the SBS MTV music show 'The Show'. Also performing the latest song with idols who just made a comeback, STAYC managed to come out as the winner for the broadcast of 'The Show' this week, September 14th, 2021.

Their victory with the song 'STEREOTYPE' is also STAYC's first trophy since their debut on November 12th, 2020, with the single album 'Star To A Young Culture'.

Together with the song 'STEREOTYPE', STAYC has previously succeeded in scoring various new achievements, such as breaking their record for total album sales and breaking through 20 million views for the MV 'STEREOTYPE' on Youtube.

Congratulations to STAYC and fans, SWITH on their first win since debut with the comeback song 'STEREOTYPE'! (www.onkpop.com)
Add your comment