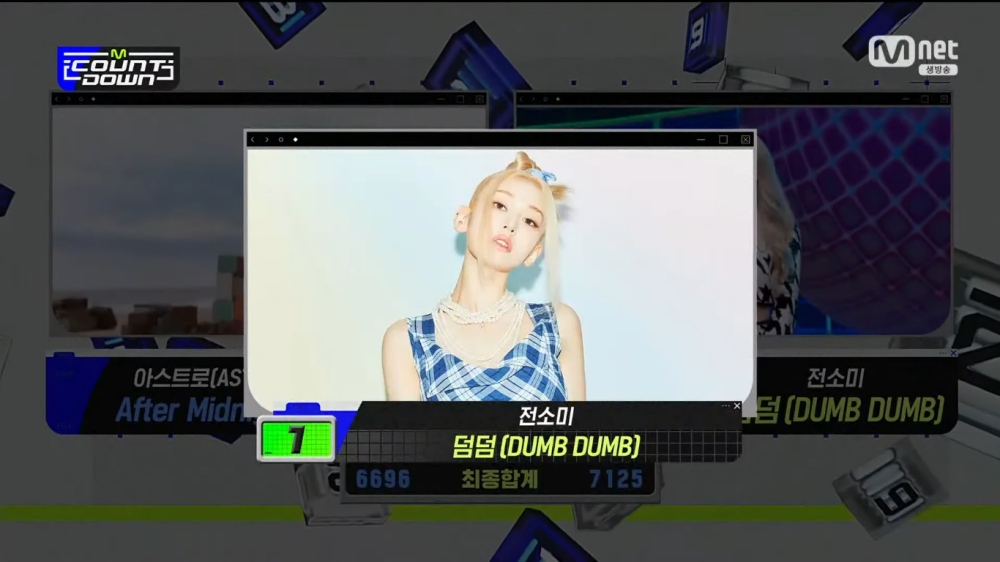 Having announced the winner, Jeon Somi managed to come out as the winner this week with her comeback song titled 'DUMB DUMB'.

Somi managed to beat ASTRO's newest song, titled 'After Midnight' with a total score of 7125 points. Congratulations to Somi and fans on her first win for 'DUMB DUMB'. (www.onkpop.com)
Add your comment