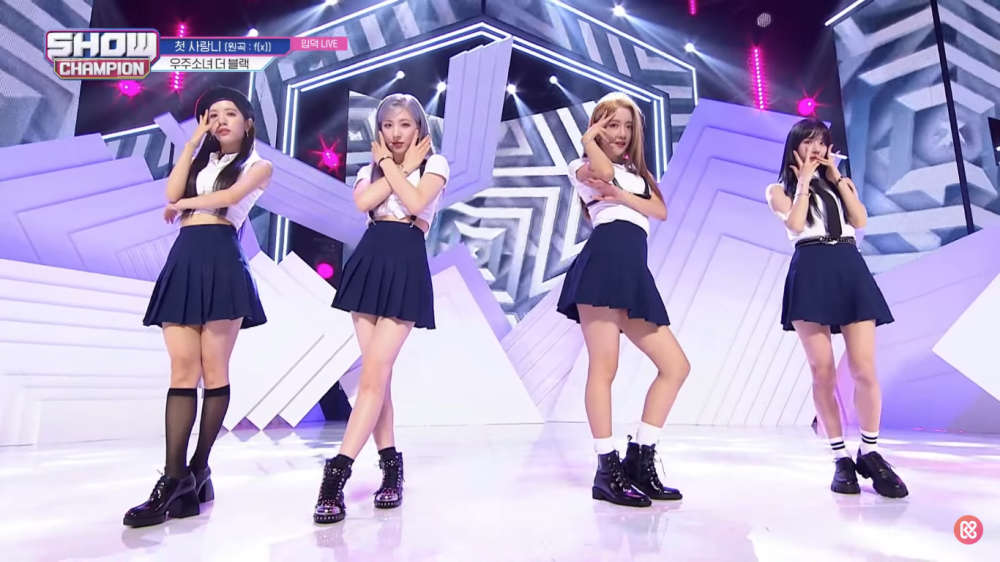 WJSN The Black, a sub unit of WJSN consisting of Bona, Eunseo, Seola and Exy, has made a special appearance on one of the South Korean music shows.

The four WJSN members has performed their senior's song 'Rum Pum Pum Pum' from f(x) on 'Show Champion' today. WJSN The Black made their debut with the album 'My Attitude' and the title song 'Easy' on May 12th, 2021.

This sub unit from WJSN also attracted the attention of fans and K-Pop music lovers because the concept they brought was far different from the core group.