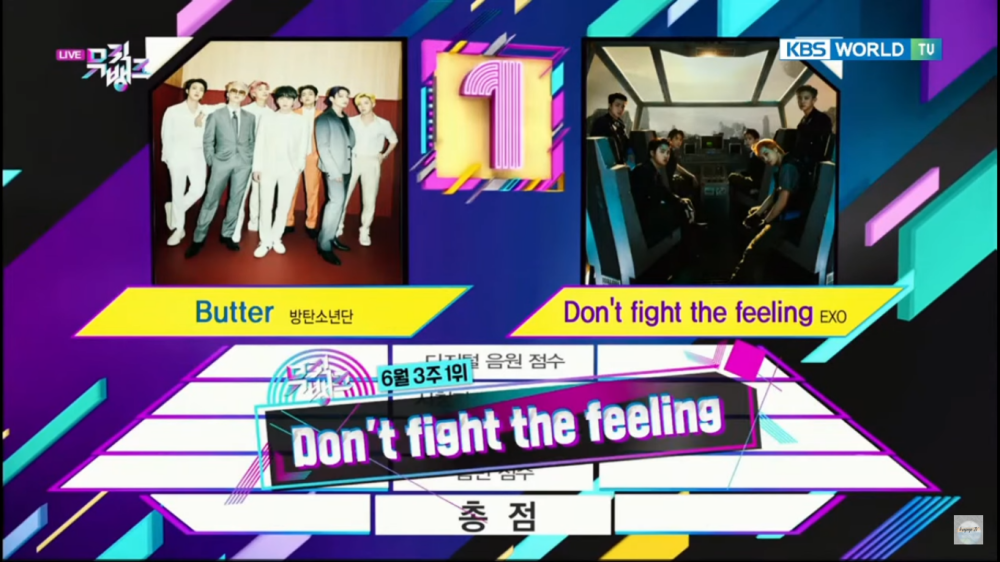 EXO, who was side by side with BTS in the 'Music Bank' point calculation session, was superior with a total of 6720 points, while BTS and 'Butter' achieved a total of 4424 points.

Meanwhile, EXO's music video for 'Don't Fight The Feeling' has now surpassed the 60 million mark for its total views on Youtube.