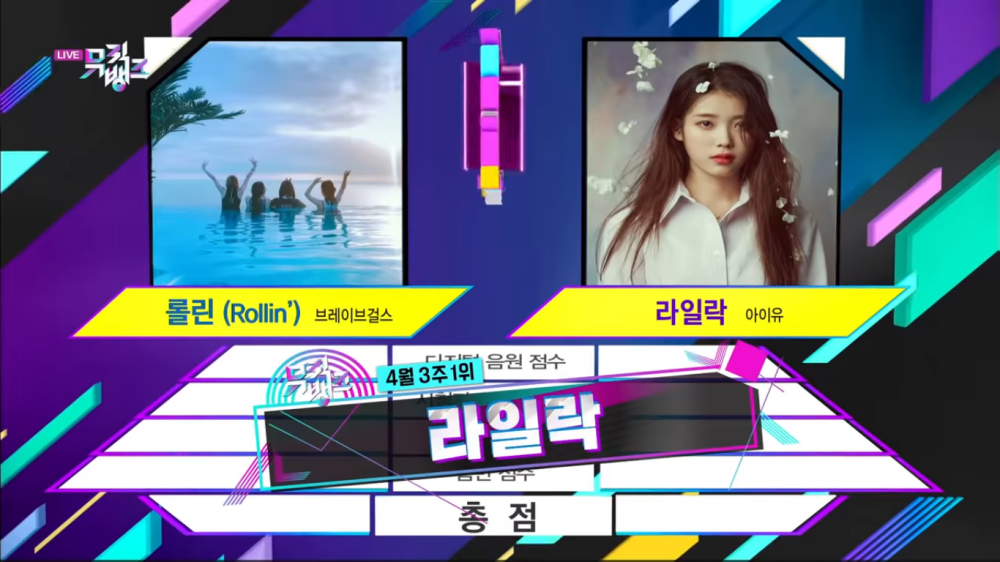 IU again added a victory trophy for her latest song which was released at the end of March. Through KBS's music show, 'Music Bank', IU nominated again with Brave Girls with their song 'Rollin' in the final points calculation.

IU managed to win this week with a total of 5763 points with the song 'LILAC', beating out Brave Girls' 'Rollin'. Meanwhile, IU's victory this time will be her fifth win for the song 'LILAC' which was released on March 25, 2021.