Once in The Same Agency, Former A-JAX's Yoonyoung 'Lectured' Hyunjoo on Instagram Story 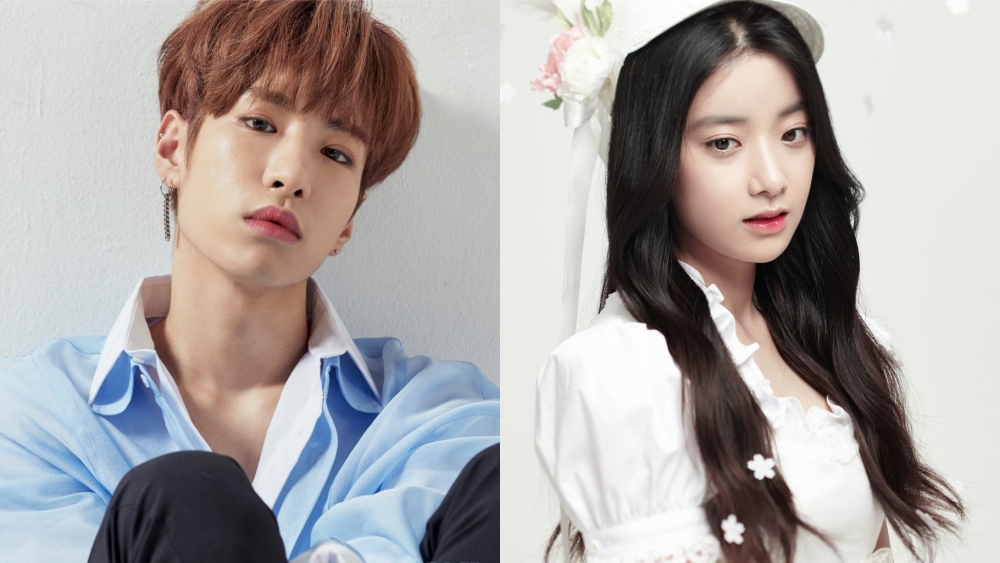 The rumors that dragged DSP Media's girl group turned out to be a concern for their senior, former A-JAX Yoonyoung. A-JAX is a boy group from DSP Media which disbanded on March 31st, 2019, due to the expiration of their contract period.

Through his personal Instagram, Yoonyoung uploaded 2 stories that discussed the problems revealed by Hyunjoo's brother, a former APRIL member.

Through his Instagram story, Yoonyoung wrote a long message for Hyunjoo.

"I'm very upset about this so I'll just talk about facts. When something happens to you, how often do you talk about it to your friends from an objective point of view… Isn't it human, just wanting to vent your hurt and not being objective and telling others to look at it from the other side?"

"Hyunjoo must be annoyed… because things didn't go her way, she must be having a hard time.. but the hearts of other kids (APRIL) are getting torn apart. Hyunjoo-yah, I'm sorry but let's say what to say. Because of you, our girls (APRIL) are very sad."

"While at DSP Media, I witnessed the process of forming APRIL. (You) are suddenly unreachable and miss training, and you usually can't keep up with your schedule due to an emergency. Being sick and weak, it is possible. Then you must immediately say you want to quit. But you want to do this, while only wanting to do things that are easy. How can you do that?"

"It's not a solo but a group. These are children squatting in the practice room with eyes swollen from crying. They try to communicate with you but you don't want to talk to them and don't listen. Members gather together more often than family."

"Everyone knows that Hyunjoo is the visual. But if you can't catch up, you should be more hardworking than everyone else but it's hard to see it in yourself. Since only one-sided posts appeared, I thought that everyone should know the truth. Who is the leader, who is the observer or that everyone is the doer… please stop saying such things. Even so, the kids are trying hard to protect the group, Hyunjoo-yah…"

"You want to shine on your own but kids put groups and fans first. Since everyone is young, it is inevitable that this pain is seen but when you cover your mouth and ears you become an outcast? Bullying? Let's stop riding the waves and hurting (other people)."

"And Somin who is in KARD now… she's a dongsaeng who always works hard without being a crybaby even when she was young. When she was the leader of APRIL, she led the team to train while biting her lip hard and holding back the tears. Is working hard a crime? Would you like not to see the members doing well even though they have a hard time getting here?"

"No matter how you feel, Hyunjoo, I support your future days. I hope no one gets hurt from now on "

In the next story post, Yoonyoung also shared the response of netizens who said that he wrote the message because he was not close to Hyunjoo.

“Just in case people say I'm saying this because I'm not close to Hyunjoo. I'm also close to her." he wrote with a photo of the former A-JAX member who posed with Hyunjoo. (www.onkpop.com) 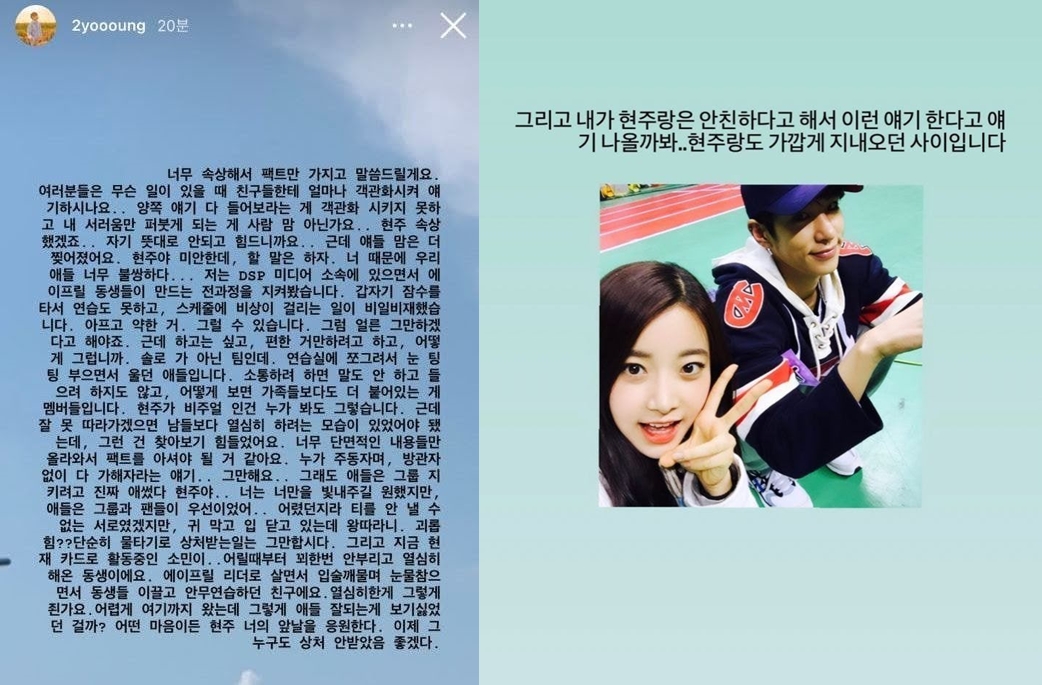