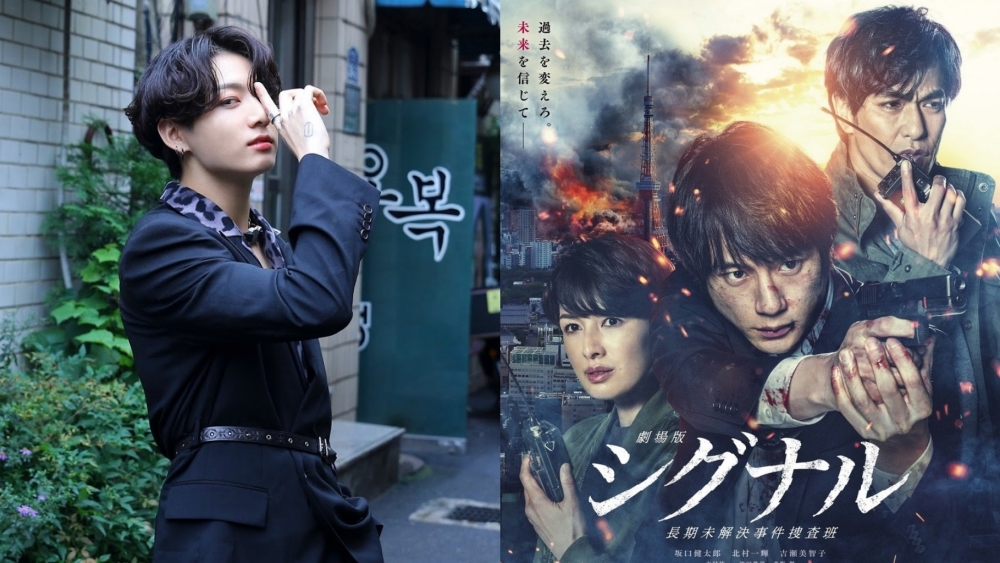 BTS' Jungkook showed his talent as a producer by composing a song for a Japanese film. The OST song is titled 'Film Out', which was produced by Jungkook with Iyori Shimizu. 'Film Out' is a pop ballad song containing lyrics about memories of loved ones.

'Film Out' is the main OST of the film 'Signal' starring actors Sakaguchi Kentaro, Kitamura Kazuki and many more.

The film 'Signal' is an adaptation of a Japanese television series also titled 'Signal' in 2018. The Japanese series is also adapted from tvN's drama 'Signal' which aired in Korea in 2016.

Even though it hasn't been officially released yet, fans can listen to the trailer for 'Film Out' through the video trailer for the film 'Signal'.