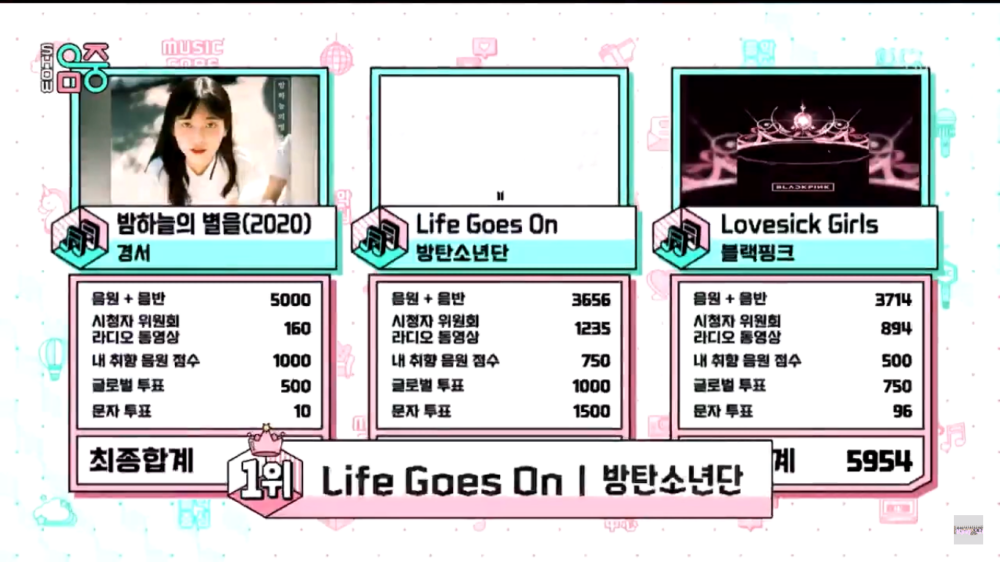 Based on the total score obtained, BTS managed to excel with a total of 8141 points, while Kyung Seo with the song 'Star in the Night Sky (2020)' got 6670 and was followed by BLACKPINK in third place with 5954 points for the song 'Lovesick Girl'.

Congratulations to BTS on their 7th win for the song 'Life Goes On'. (www.onkpop.com)
Add your comment