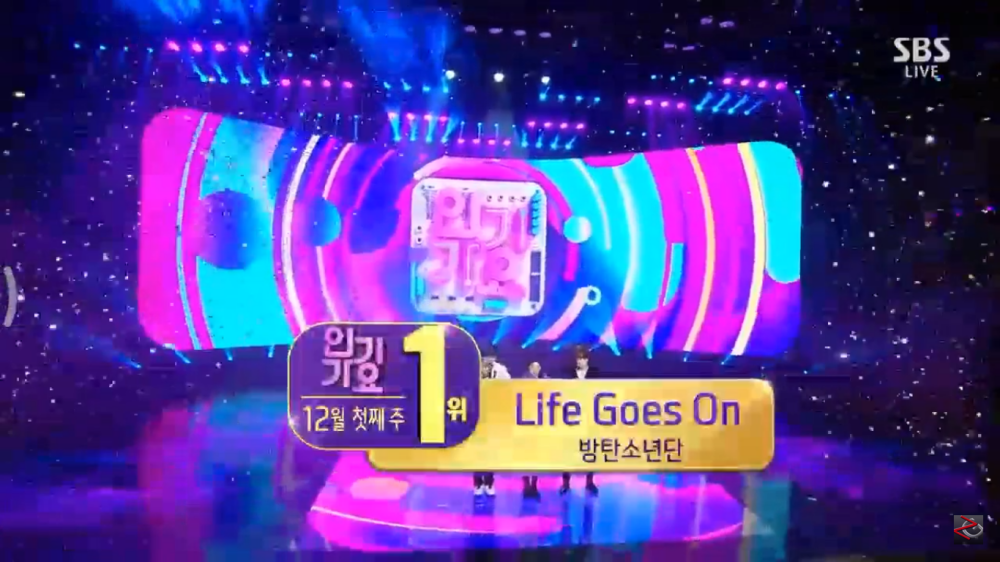 The song that will continue the success of 'Dynamite' on the music program again received the trophy on SBS 'Inkigayo' today, Sunday (12/06).

'Life Goes On' earned 10,234 points, outperforming the other two songs in this week's nominations. This is the fourth win that 'Life Goes On' has won since its release, while being BTS' 46th win this 2020, with a total of 120 winning trophies since their debut.