TWICE Takes Home The 3rd Trophy with 'I CAN'T STOP ME' 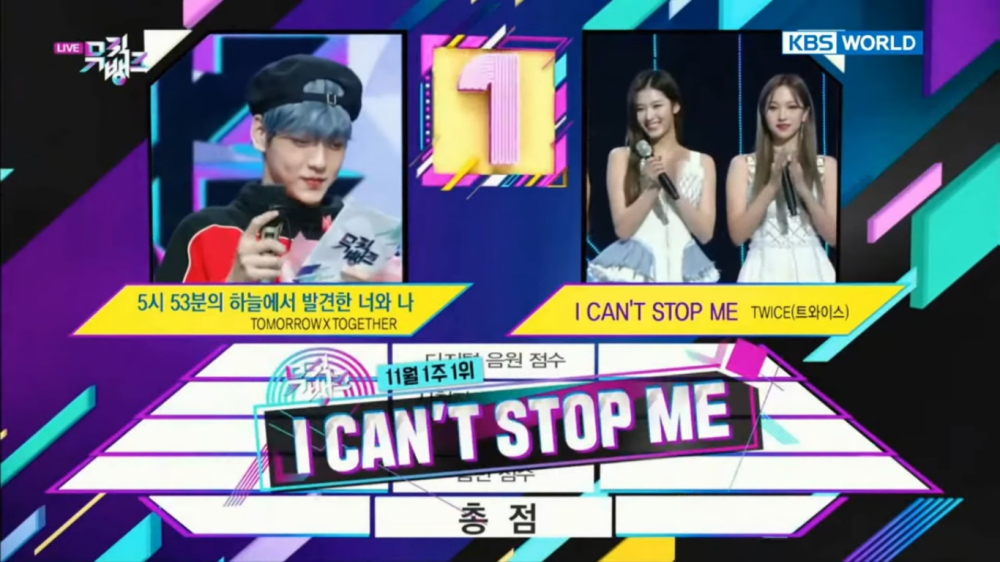 TWICE managed to get the next winning trophy for their new song, 'I CAN'T STOP ME'. This trophy was obtained by TWICE in the latest episode of the program 'Music Bank' which was broadcast on Friday (11/06).

On today's episode of 'Music Bank', TWICE's 'I CAN'T STOP ME' was nominated for the winner along with TXT's 'Blue Hour'.

TWICE in the end took the lead with a score of 5420 points, beating TXT who was in 2nd place with a total score of 4957 points.

This is the third trophy that TWICE has won since making a comeback with the album "Eyes wide open". Congratulations to TWICE and ONCE! (www.onkpop.com)
Add your comment