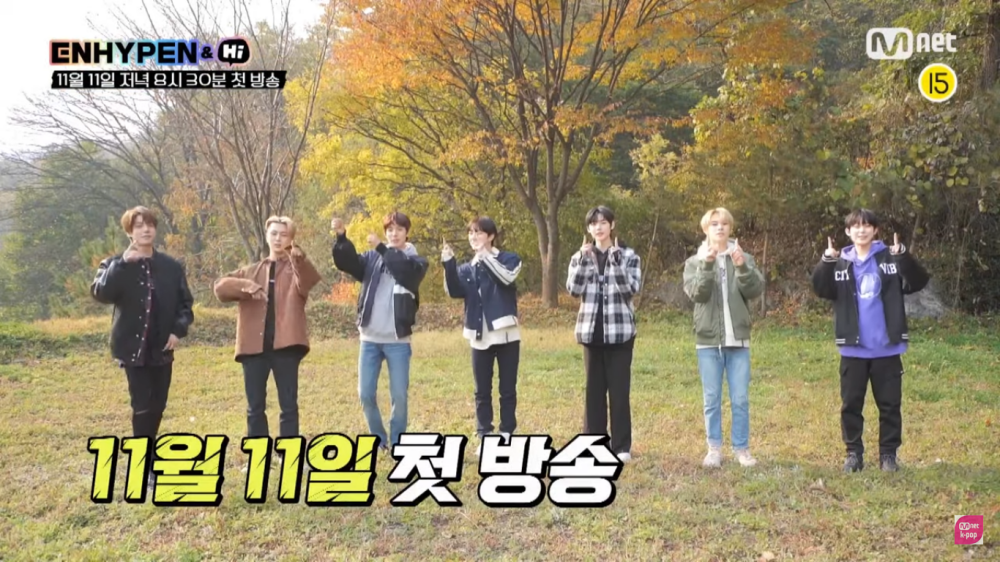 Rookie boy group ENHYPEN is confirmed to have their own pre-debut reality show entitled “ENHYPEN & Hi“. On November 6th, MNET released a surprise teaser for ENHYPEN's reality show, where each of the 7 members took turns completing the 7 character acronym of their program name.

The boys made sure to tell their fans that if they want to see the most energetic side of ENHYPEN they've never seen, be sure to watch “ENHYPEN & Hi” scheduled to start broadcasting on November 11th at 8:30 PM KST.

The series will be broadcast through MNET as well as through the official YouTube channel 'Mnet K-Pop' and the official channel 'Big Hit Labels'.

While waiting for the premiere of the reality show "ENHYPEN & Hi", fans can check out the teaser that MNET recently released below. (www.onkpop.com)
Add your comment