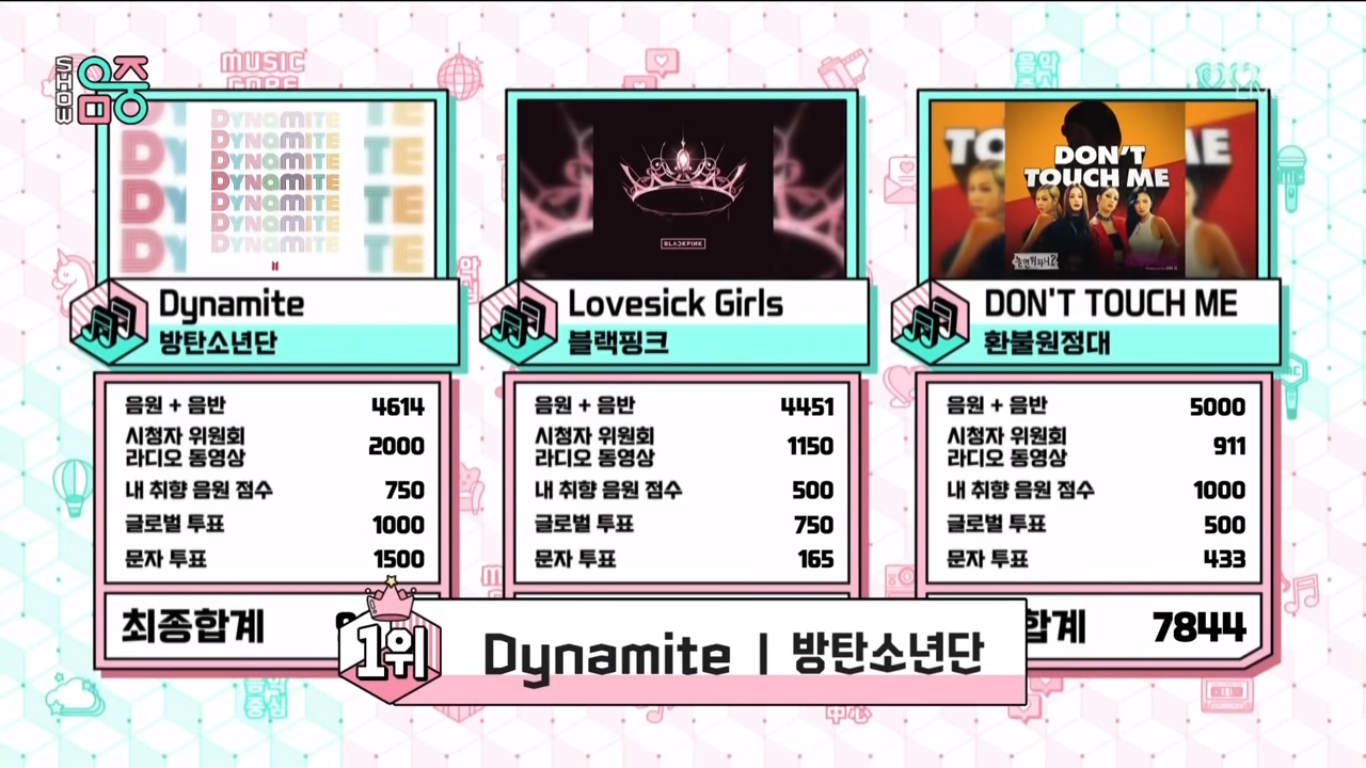 BTS 'Dynamite' again managed to climb to the top position on the chart and took home the trophy from "Music Core".

MBC's music program "Music Core" which aired today, Saturday (10/31) this afternoon announced the victory that fell on the song 'Dynamite' BTS with points that outperformed its two competitors.

BTS' first English-language song, which was released on August 21st back to top the chart with a total of 9864 points followed by BLACKPINK who earned 7016 points.

This also marks BTS' 20th win on the music show for the song 'Dynamite', which they don't even promote on Korean music programs at all. Congratulations to BTS! (www.onkpop.com)
Add your comment