BLACKPINK Takes Home Trophy For 'How You Like That' Again at 'Music Core' - ONkpop.com - Breaking K-pop News, Videos, Photos and Celebrity Gossip 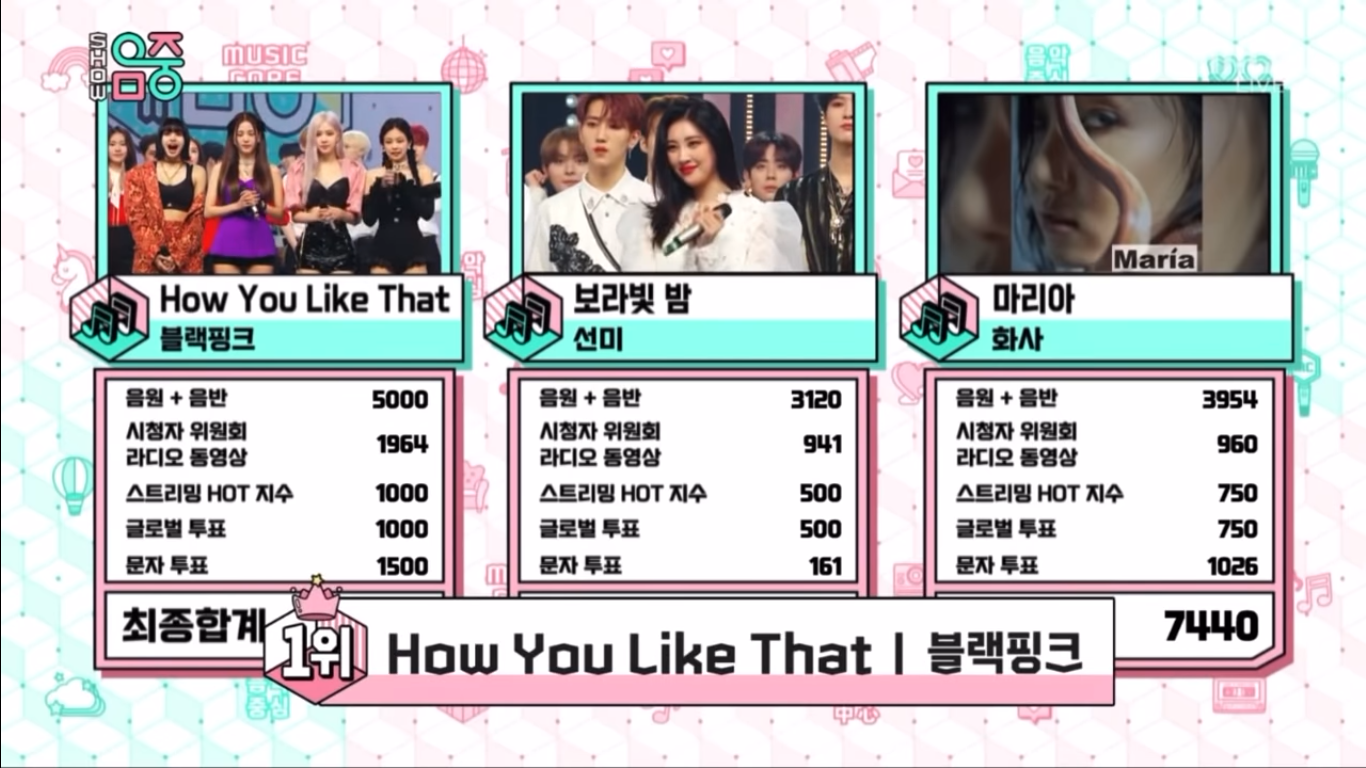 BLACKPINK is again winning the trophy in the music program with the latest song 'How You Like That'.

The song, which became BLACKPINK's pre-release single since it was released on June 26, was recently announced as the winner in MBC's 'Music Core' music program which was broadcast on Saturday (07/11) today.

BLACKPINK, who was nominated together with SUNMI and MAMAMOO's Hwasa, got the highest points and made them winners this week.

This is the 5th victory obtained by the YG Entertainment girl group since starting promotions for the latest song 'How You Like That'.