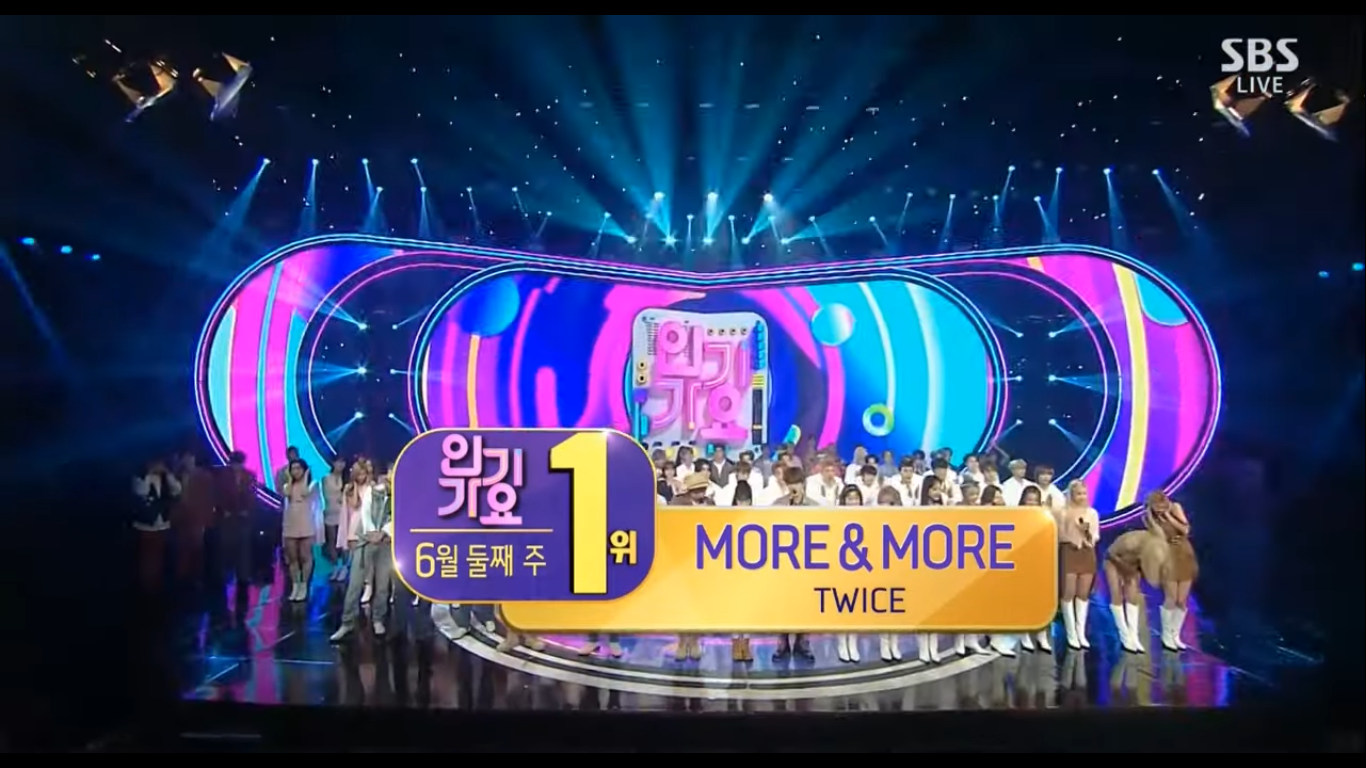 TWICE again won their victory trophy in the music show with the song 'MORE & MORE'. This trophy was successfully obtained by TWICE in the latest episode of 'Inkigayo' which was broadcast on Sunday (06/14).

TWICE defeated Oh My Girl, who ranked second with 4295 points for the song 'NONSTOP', and Jay Park's 'GANG' remix version of Sik-K, pH-1 and Haon which won 4117 points.

This is the 5th trophy that TWICE has won in the music program since holding a comeback with the 9th mini album 'MORE & MORE'.

At the same time, the Music Video of 'MORE & MORE' has also recently touched 100 million views on YouTube.