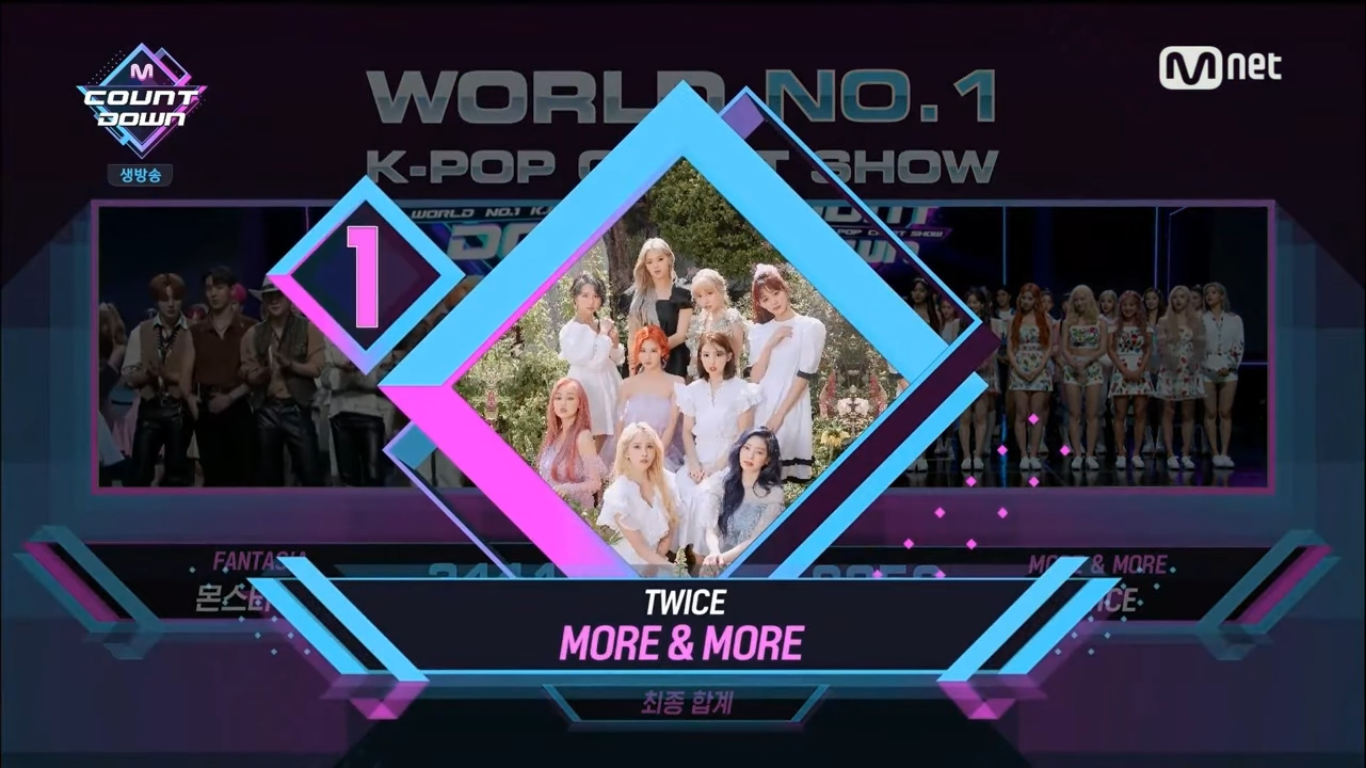 TWICE managed to gain the2nd win in the music program with the song ' MORE & MORE '. This winning trophy was won by TWICE in the latest episode of M!Countdown which aired on Mnet on Thursday (06/11).

In the episode 'M! Countdown' Today, the song 'MORE & MORE ' ranks first after getting a total score of 9356 points.

TWICE defeated MONSTA X, which peaked at number two with an acquisition of 3441 points for the song ' FANTASIA '.

This is the 2nd Trophy that was won by TWICE, since a comeback with the 9th Mini album. Congratulations to TWICE and ONCE! (www.onkpop.com)