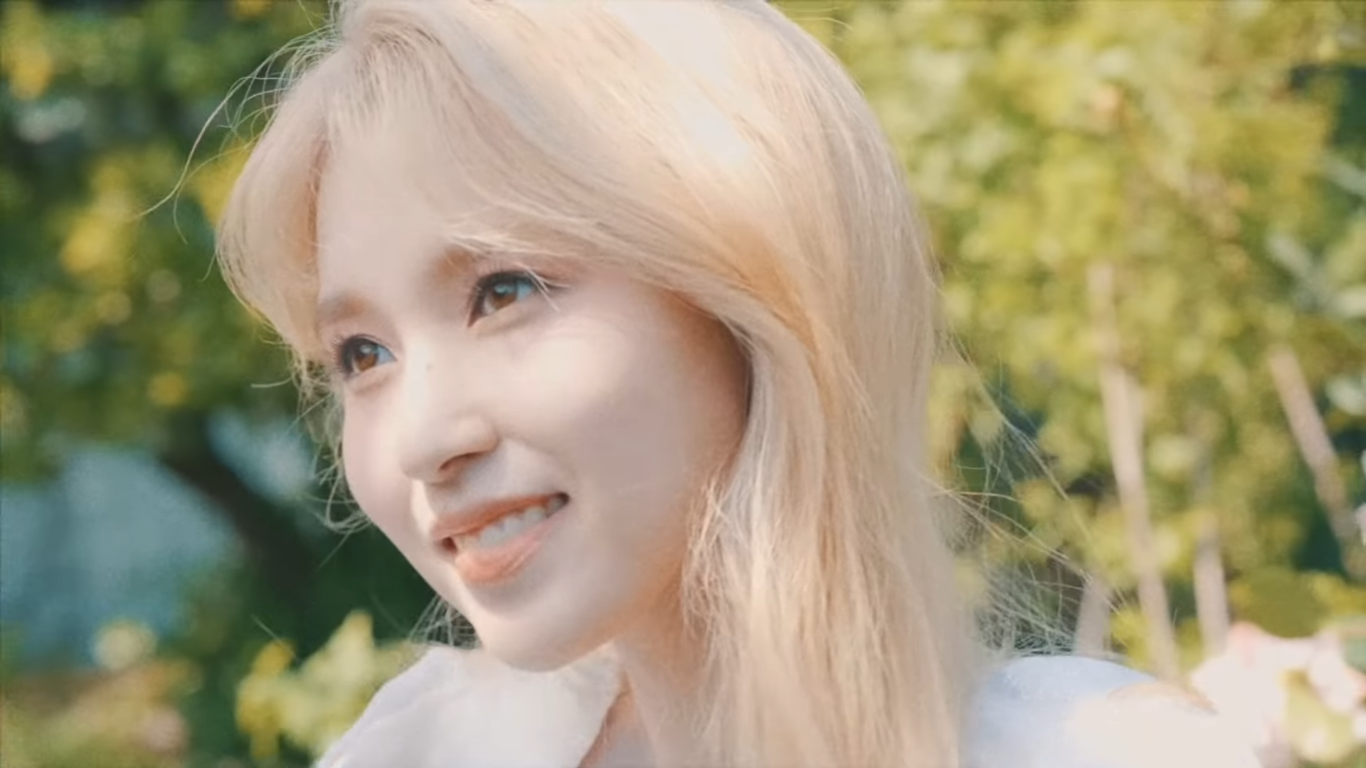 Still with the same concept as the other members, in this teaser video Mina also showed her beautiful poses with various flowers.

With her blonde hair, Mina looks so beautiful like a goddess enjoying the sun in the park.

This video teaser was uploaded by TWICE before they made a comeback with the 9th mini album titled 'MORE & MORE' on June 1st, 2020.