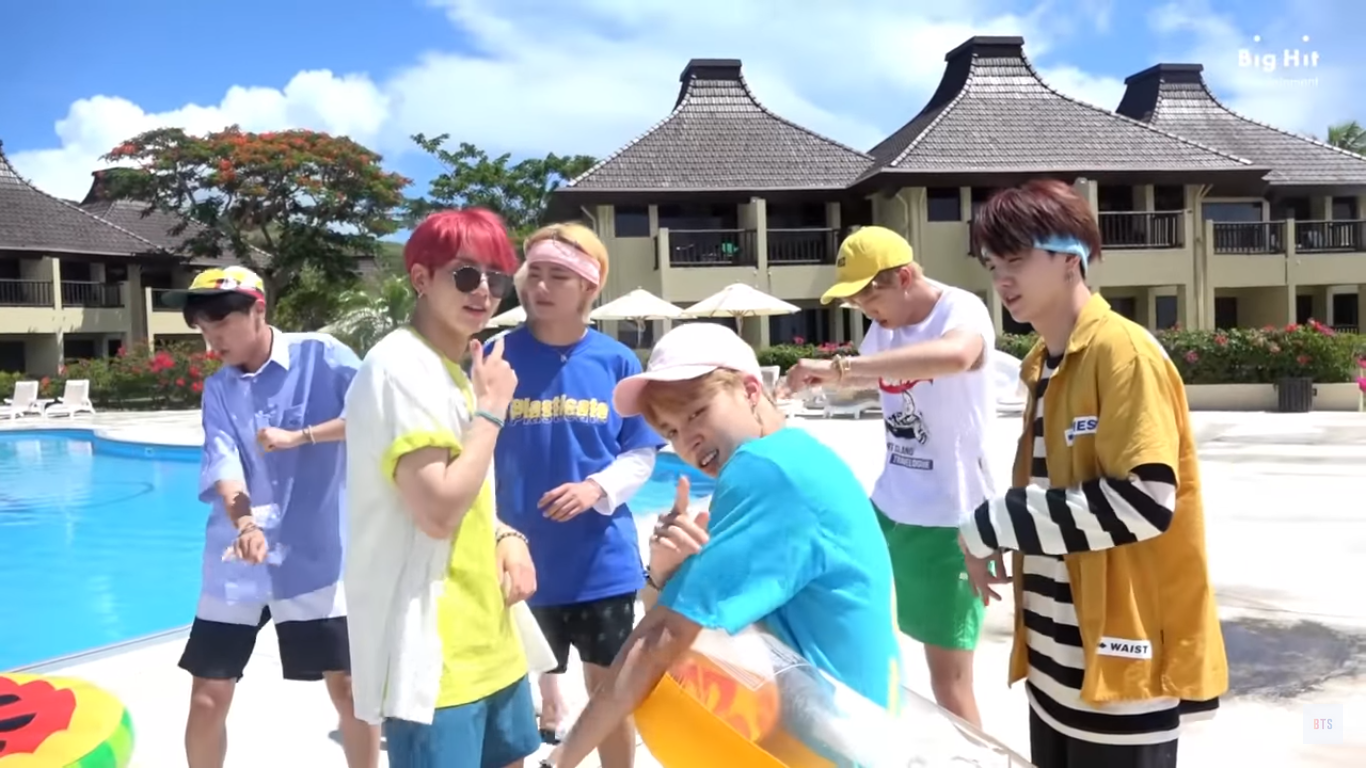 This video was taken when BTS members did a summer photo shoot in Saipan in 2018.

In the video BTS members were seen singing to 'Airplane pt.2' from the album 'Love Yourself: Tear' by the pool, wearing colorful summer clothes.

Curious about BTS members appear on the summer version of the ‘Airplane pt.2’ video? Watch the video below! (www.onkpop.com)