Starship's Vice President Participated in The Interrogation of 'Produce X 101', The Trainees are Accused Accomplices 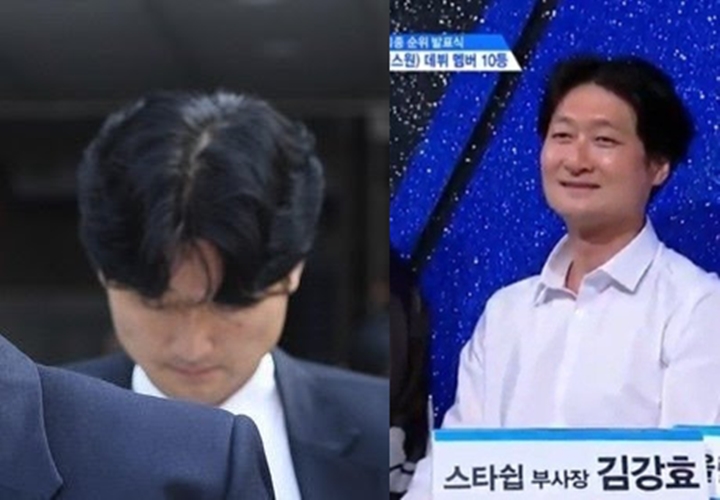 Starship Entertainment's Vice President with the initials Kim was also dragged into the alleged involvement in "Produce X 101" voting manipulation.

He along with PD "Produce X 101" namely Ahn Joon Young, CP (chief producer) Kim Yong Bum and Lee staff on Tuesday (5/11) were interrogated by the police.

The involvement of Starship people in the manipulation of this vote apparently become attention of South Korean netizens. The reason is during "Produce X" series, the netizens feel that Starship trainees often get benefit.

An article in an online forum recently returned to discuss the benefits of Starship trainees. First is Ahn Yujin who was praised by a mentor because she knew the rapp without seeing the lyrics.

After that the trainee from the Starship who when the song position division was over immediately asked to practice the choreography position instead of the dance moves because they had previously gotten leaked.

Seeing Starship's vice president dragged down by police interrogation, netizens were yelling. Many who snickered Starship trainees who participated in "Produce" were all accomplices.

"But it's true that all Starship trainees know more, the trainees who go with him are accomplices."

"It's clear from season 3, they only have Starship gold. It's like a program created only for Starship."

"They are all (trainees from Starship) accomplices. Stop saying they are just trying to achieve dreams and have no other choice. They've got the advantage and the wallet is full. I'm a fan of X1 but because of the voting controversy, I left fandom."

The police itself has officially arrested PD Ahn Joon Young and Kim Yong Bum in connection with alleged manipulation of voting. But for PD Lee and Starship Kim's vice president was not arrested.

The judge apparently decided that they had generally acknowledged the crimes committed and the police had gathered enough evidence about their involvement. That is why their detention is not yet needed. (www.onkpop.com)
Add your comment