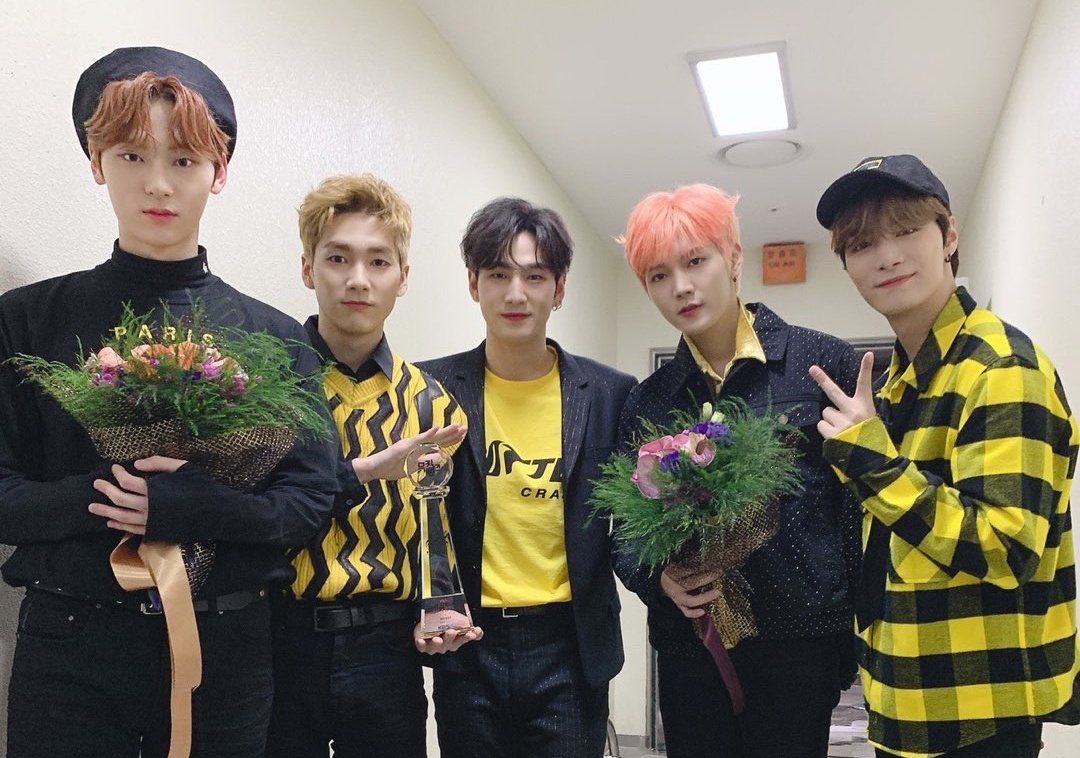 NU’EST again won a trophy in music program for the song 'Love Me'. This time the trophy was won by NU'EST in the latest episode of the program 'Music Bank' which aired on KBS on Friday (01/11).

The song 'Love Me' by NU'EST was ranked first after achieving a total score of 6660 points.

NU'EST defeated AKMU who won 4749 points for the song "How can I love the heartbreak, you're the one I love ".

This is the third trophy that has been won by NU'EST since holding a comeback with the mini album 'The Table'. Congratulations! (www.onkpop.com)