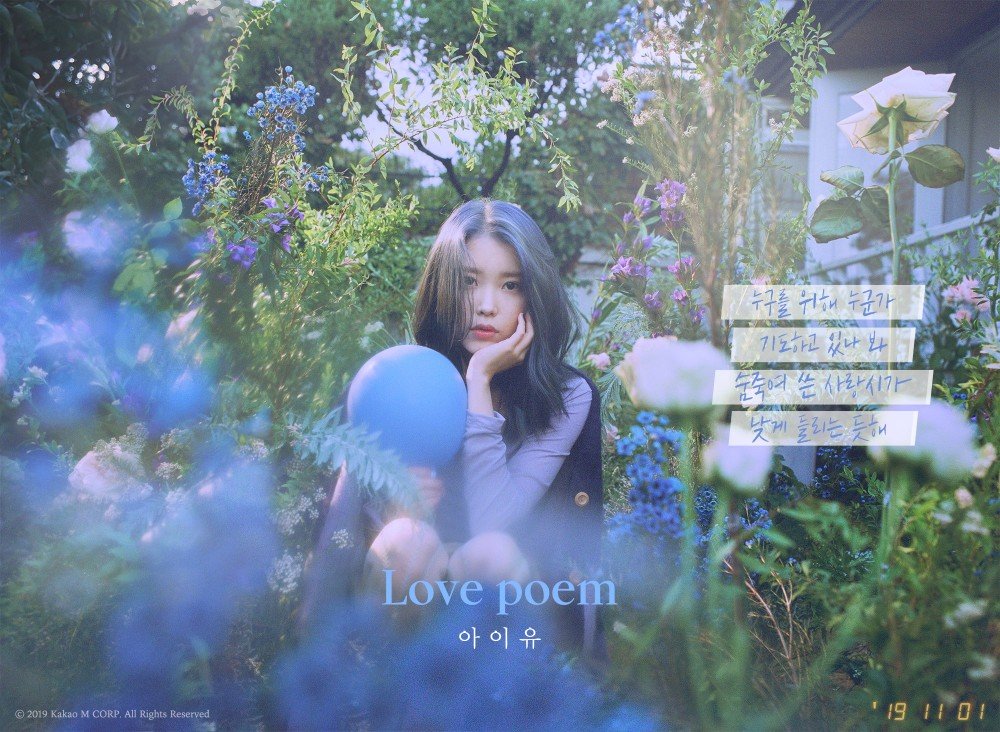 The song was released by IU to coincide with her concert, although previously she had decided to postpone the release of the album 'LOVE, POEM', after the death of Sulli who was her bestfriend.

‘Love Poem’ is a ballad song that is sung with a melodious and devoted voice from IU.

Only a few hours since it was released, the song 'Love Poem' immediately ranks first on all South Korean music charts, from Melon, Genie, Bugs, Soribada to Flo. Congratulations to IU! (www.onkpop.com) 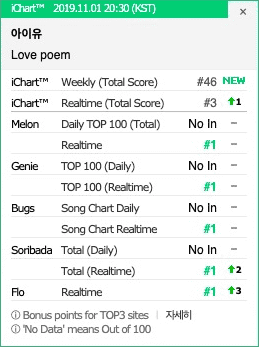