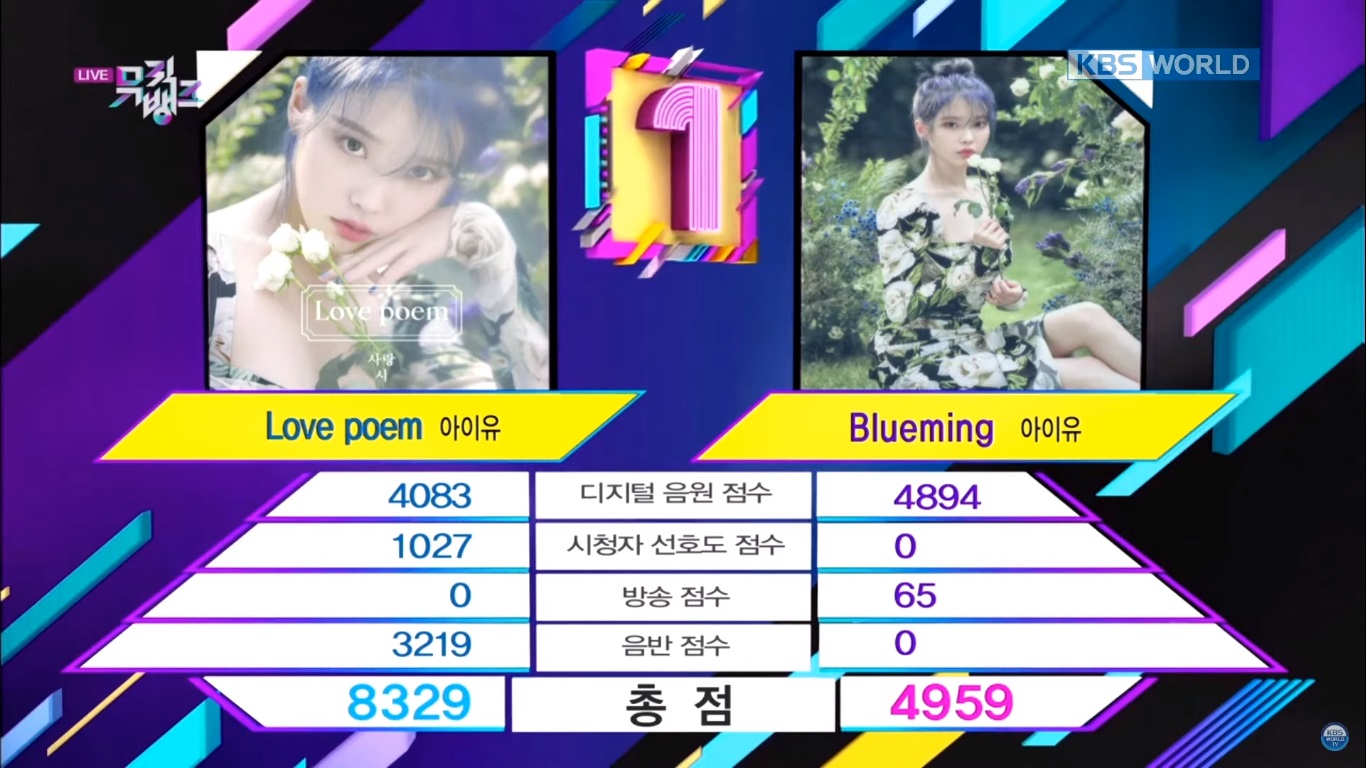 On today's episode of 'Music Bank' IU's two songs 'Love Poem' and 'Blueming' are both nominated as winners.

In the end "Love Poem" which was previously a pre-release song won first place with a score of 8329 points, beating the main song "Blueming" which was ranked second with 4959 points.

So that makes it the fourth trophy that has been obtained by IU since releasing the song 'Love Poem'. Congratulations! (www.onkpop.com)