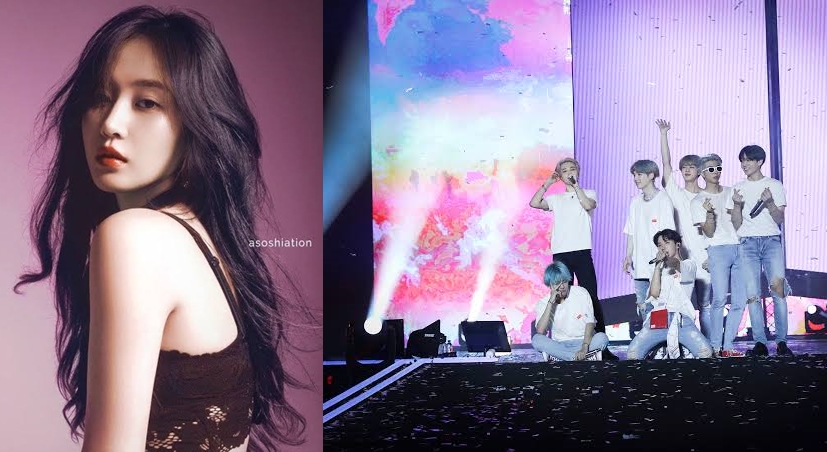 It's no secret that the members of BTS are fans of Girls' Generation. The girl group that debuted in 2007 was indeed the idol of many people from their peak era until now.

Recently, BTS fans were surprised and happy to see Kwon Yuri come to BTS concert. BTS held a final concert of the "Love Yourself: Speak Yourself" tour at Jamsil Stadium on October 26, 27 and 29.

After the concert, Yuri's photo with her friend was taken while both of them attended the concert. In the photo, the cast of "Defendant" drama appears with wearing BTS attribute and holding a lightstick while laughing with her friend.

Yuri is not the first SNSD member to show support for BTS. Yoona had previously attended BTS concert and publicly showed that she was good friends with V.

Not only them, Tiffany also expressed her support for BTS several times through interviews with American media and close friends with V. Previously, Tae Yeon also claimed to like the BTS song, "IDOL".

Fans also commented that V is a lucky fanboy because his idol group now supports him and his group. Fans also hope that BTS and SNSD members will continue to support each other in the future. (www.onkpop.com)