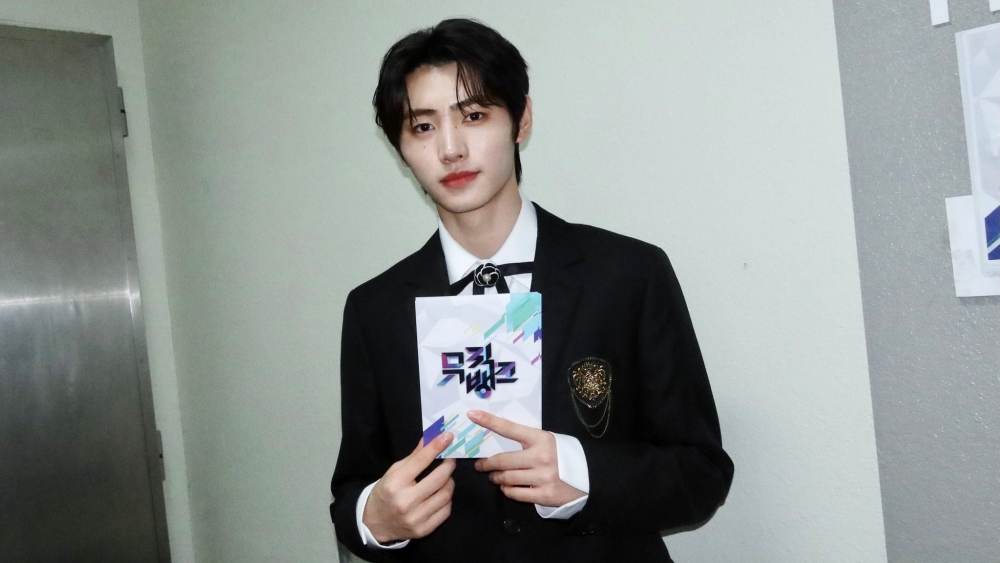 ENHYPEN's Sunghoon has recently been criticized by South Korean netizens for being insincere in greeting senior idols. Recently there was a post on the Pann site entitled, “I think Sunghoon should improve his way to bow.”

While uploading a GIF image of Sunghoon when greeting his seniors on 'Music Bank', the netizen wrote, "Compared to Wonyoung, TWICE is a much more senior idol. I support Jang-Ggu and Sunghoon just needs to improve his way of respecting seniors. He was just nodding his head."

In response to the post, other Korean netizens commented on the pros and cons such as:

"It doesn't matter whether you are a celebrity or not, not properly respecting other people is not good,"

"I think the video interview will disappear soon,"

"Isn't that because he was embarrassed?"

"He's bowed, just because he didn't do it right people criticize him right away,"

"He always bows during interviews and every interview ends," as well as various other pro and con comments. (www.onkpop.com)