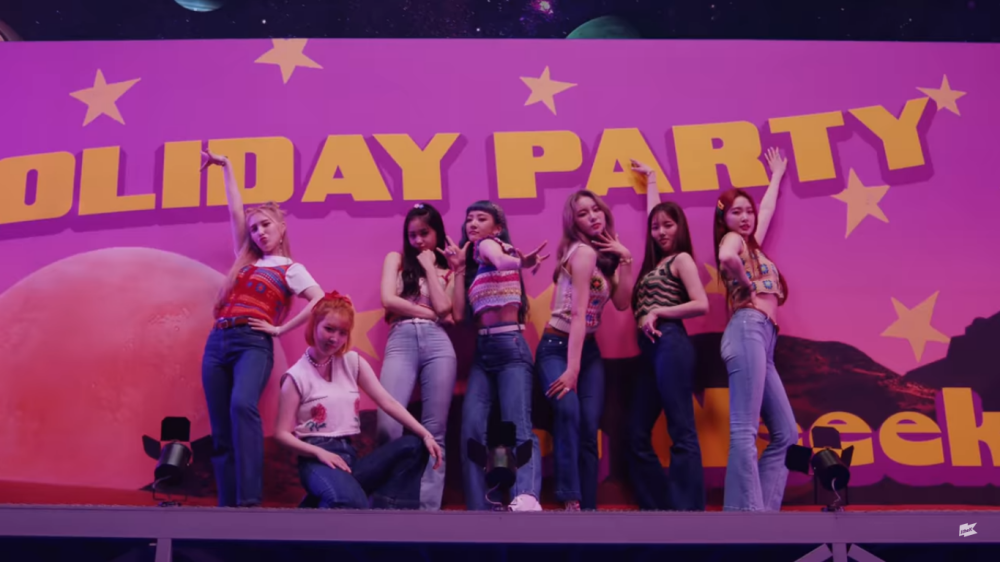 Girl group Weeekly has finally made the comeback that fans have been waiting for. As scheduled, the music video titled 'Holiday Party' was officially released by Weeekly on Wednesday (08/04) at 18:00 KST.

'Holiday Party' is the main track of Weeekly's 4th mini album, titled 'Play Game: Holiday'. This will be Weeekly's next release in 2021, after the last major success with the mini album 'We Play' and the music video for 'After School' back in March.