THE BOYZ Brings Home the 4th Trophy for the Song 'THRILL RIDE', Congratulations! 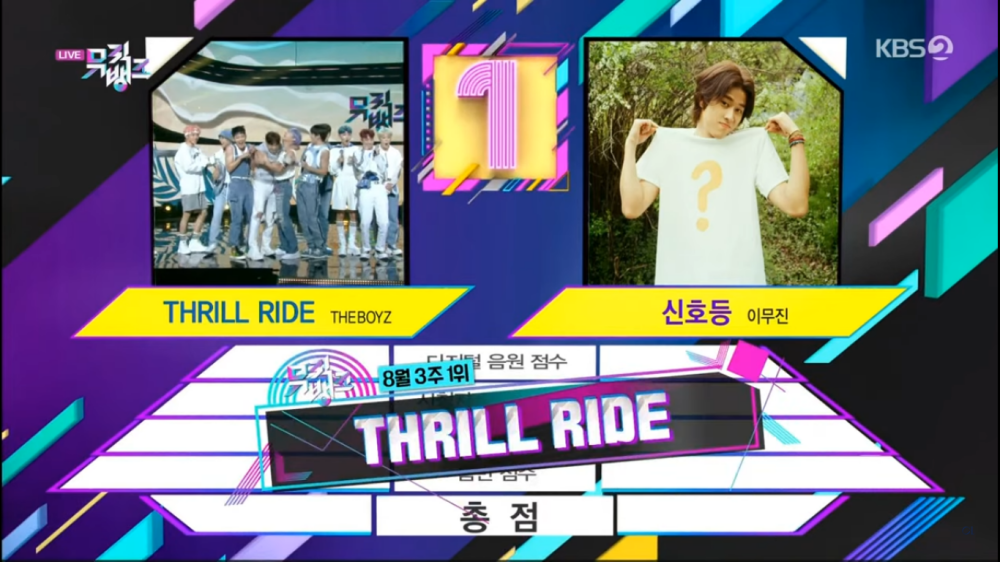 The Boyz managed to bring home the next winning trophy for the song 'THRILL RIDE'. This victory trophy was obtained by The Boyz in the latest episode of 'Music Bank' which aired on Friday (08/20).

In today's episode of 'Music Bank', The Boyz' song 'THRILL RIDE' was included in the winning nomination along with Lee Mujin's song 'Traffic Light'.'THRILL RIDE' managed to excel after obtaining a total score of 7810 points, beating Lee Mujin who was ranked second with a total of 3743 points.

This is the 4th victory trophy that The Boyz has won since making a comeback with 'THRILL RIDE'. Congratulations to The Boyz and the fans! (www.onkpop.com)
Add your comment