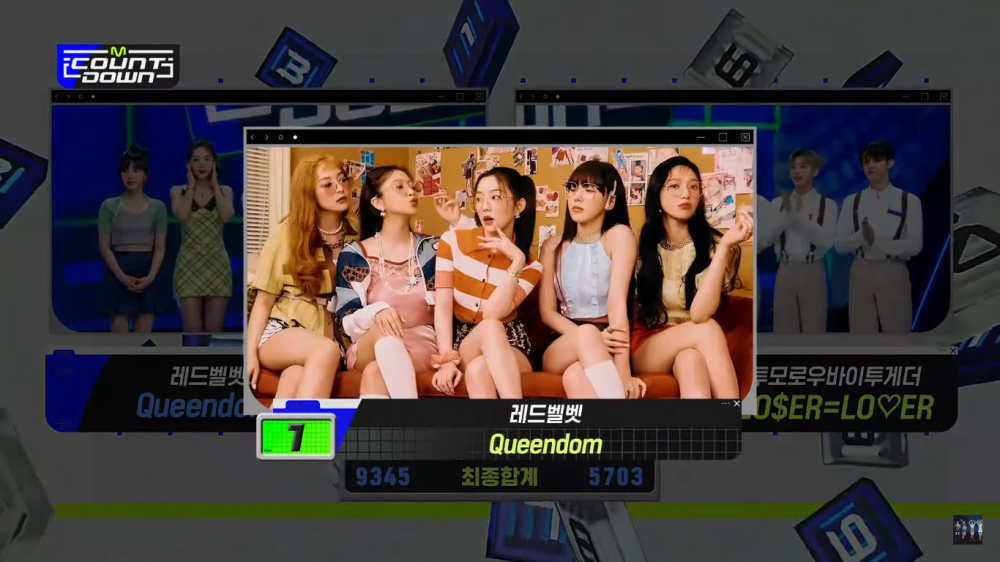 In today's episode of 'M! Countdown', Red Velvet's song 'Queendom' was included in the winner's nomination along with TXT's 'LO$ER=LO♡ER'.

Red Vevet managed to excel after obtaining a total score of 9345 points, beating TXT who was in second place with 5703 points. This is the first victory trophy that has been won by Red Velvet since making a comeback with 'Queendom'.