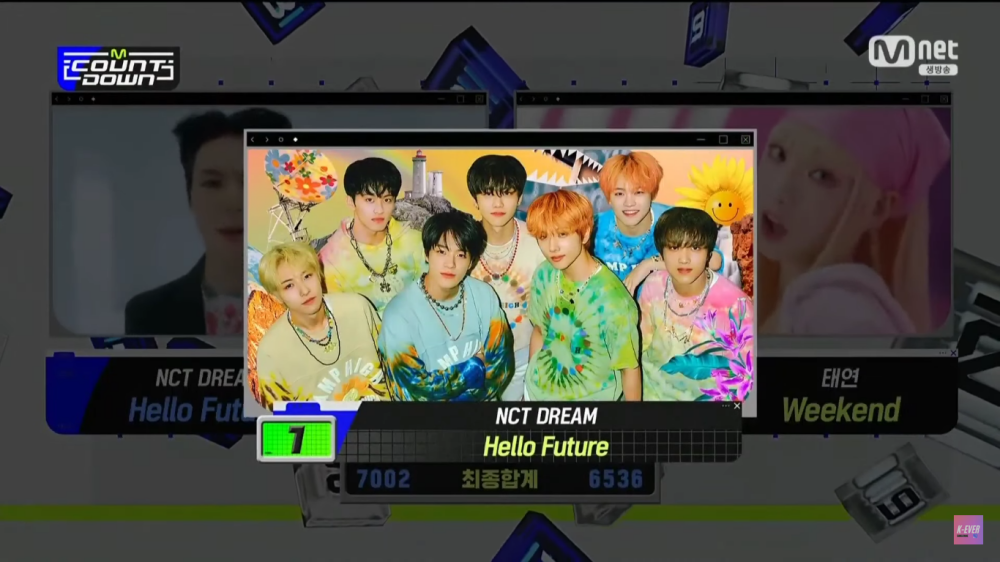 NCT Dream was side by side with their senior agency, Taeyeon with her comeback song, 'Weekend' which took second place with a total score of 6536 points.

'Hello Future' itself is a comeback song from NCT Dream which was released on June 28th, 2021, which is part of their first repackage album with the same title. Congratulations to NCT Dream on their sixth win for the song 'Hello Future'! (www.onkpop.com)
Add your comment