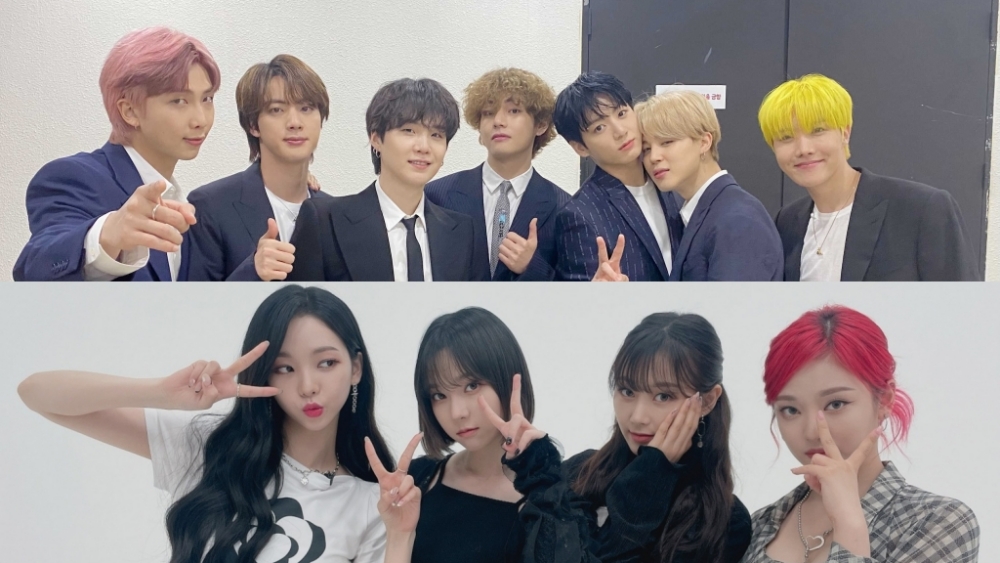 The 24Hits chart from Melon shows the fierce competition between seniors and juniors in the South Korean music scene. BTS with the song 'Butter' has continued to stay in first place within 30 days since its release on May 21st, 2021.

aespa who returned early with the song 'Next Level' on May 17th, 2021, continued to follow BTS in second place, with a difference of 1433 points at 13.00 KST, June 20th, 2021. In addition, the comeback song from Brave Girls, 'Chi Mat Ba Ram' followed in third place with a total point that was quite far from BTS, around 79 thousand points.

Many netizens praised Aespa for being able to continue to follow the seniors and hoped that the rookie girl group from SM Entertainment could take first place even if it was only 1 time. (www.onkpop.com) 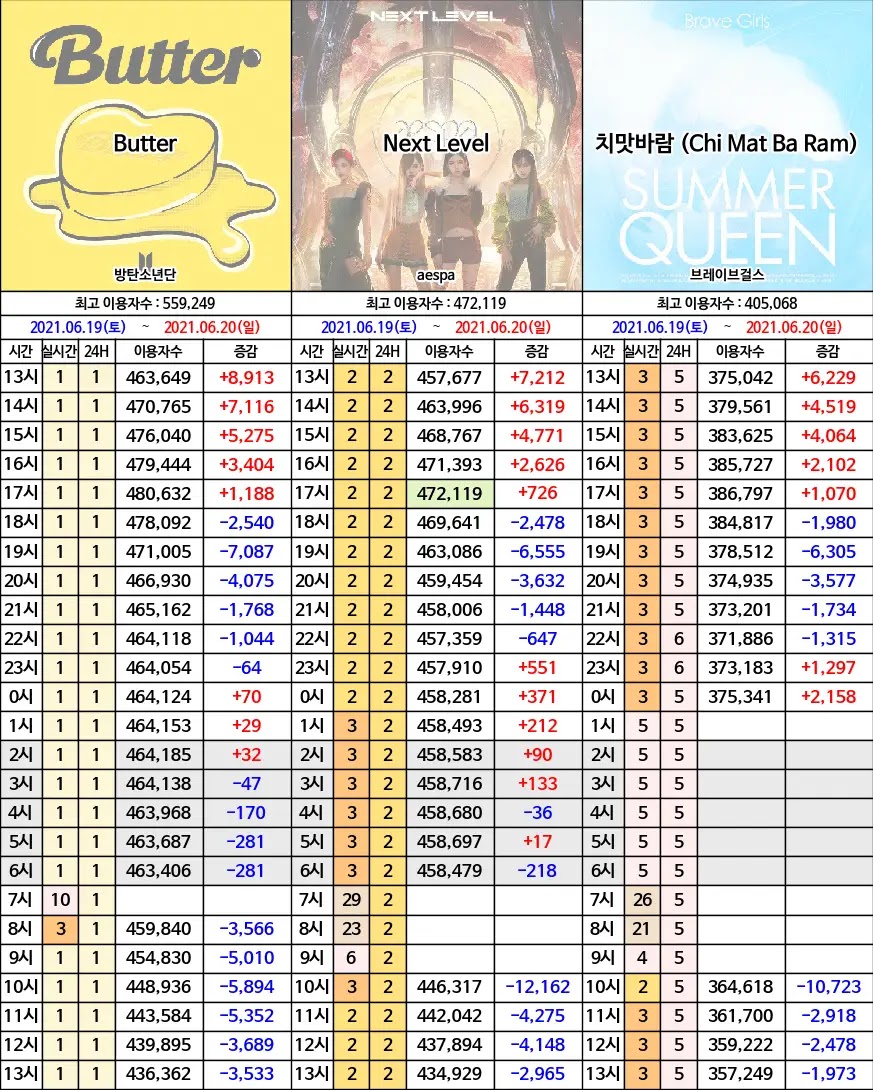