N.Flying Announces The Schedule for First Full Album 'Man on the Moon' 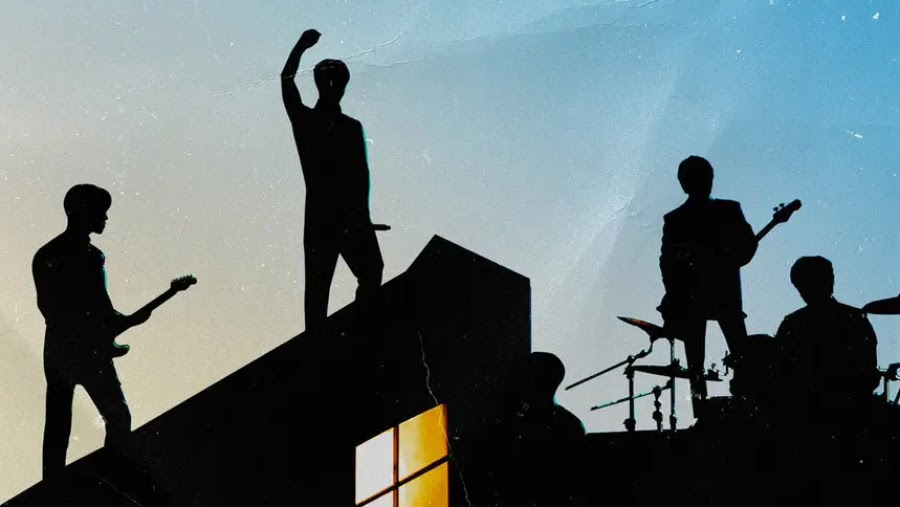 According to the poster, the full album 'Man on the Moon' and the music video for 'Moonshot' will be officially released on June 7th, 2021 at 6 p.m. KST. This will be N.Flying's next release after releasing their last single 'Starlight' in July 2020.

In February 2021, the five N.Flying members have extended their contracts with FNC Entertainment. Leader Lee Seung Hyub also made his solo debut with the stage name J.DON earlier this year. (www.onkpop.com) 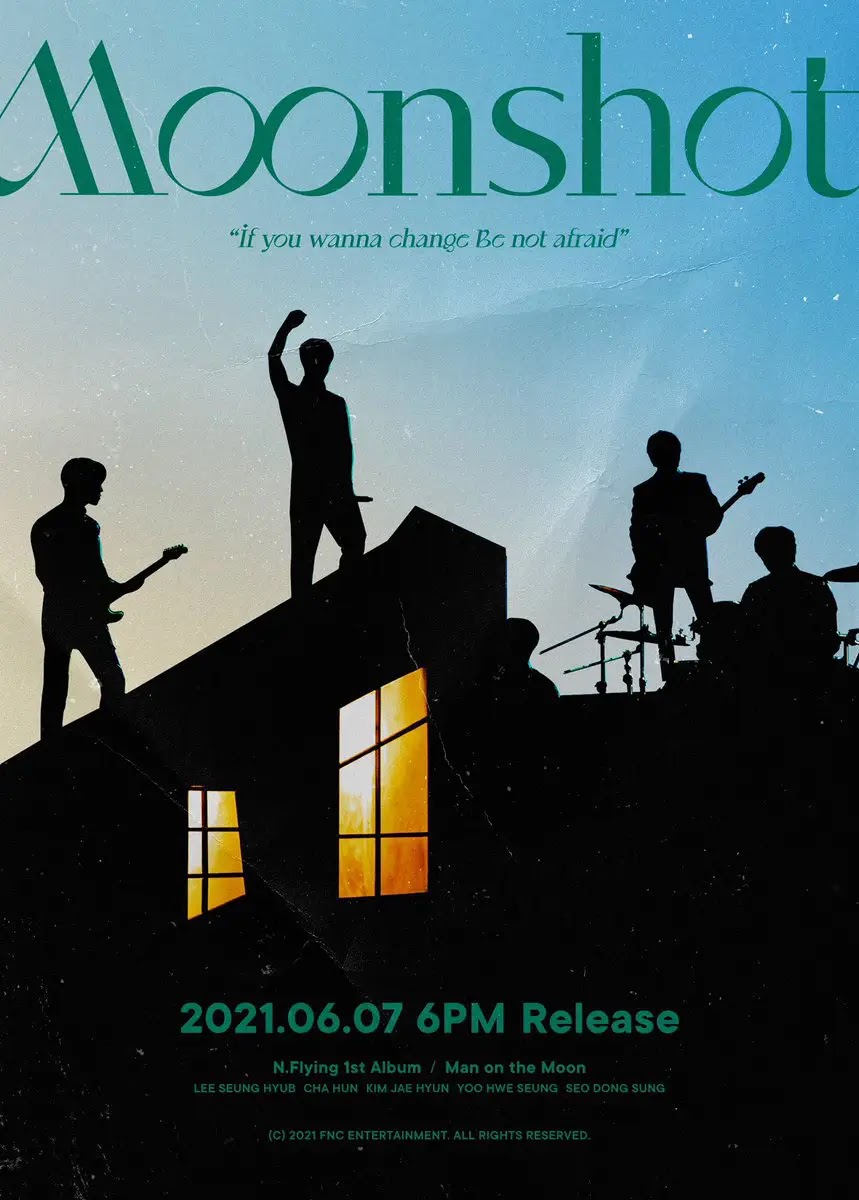 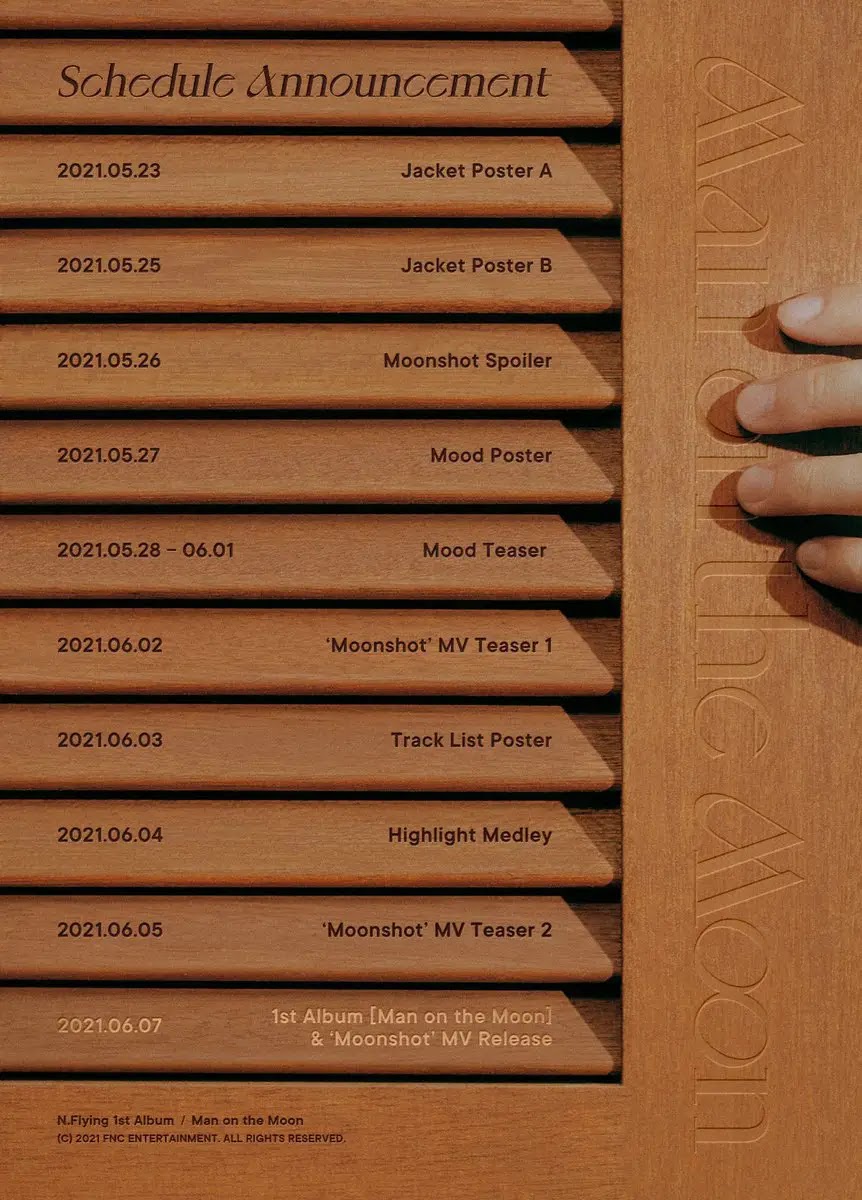