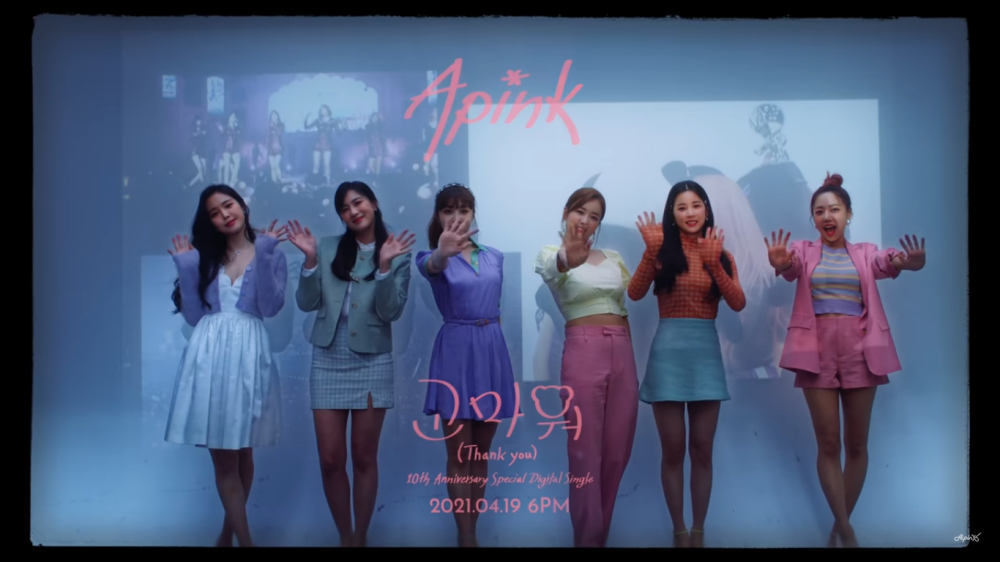 The music video is titled 'Thank You' and on Saturday (04/17) at 00.00 KST fans got a teaser. Through this short teaser we will see Apink members when viewing their album photos and also posing in front of the camera.