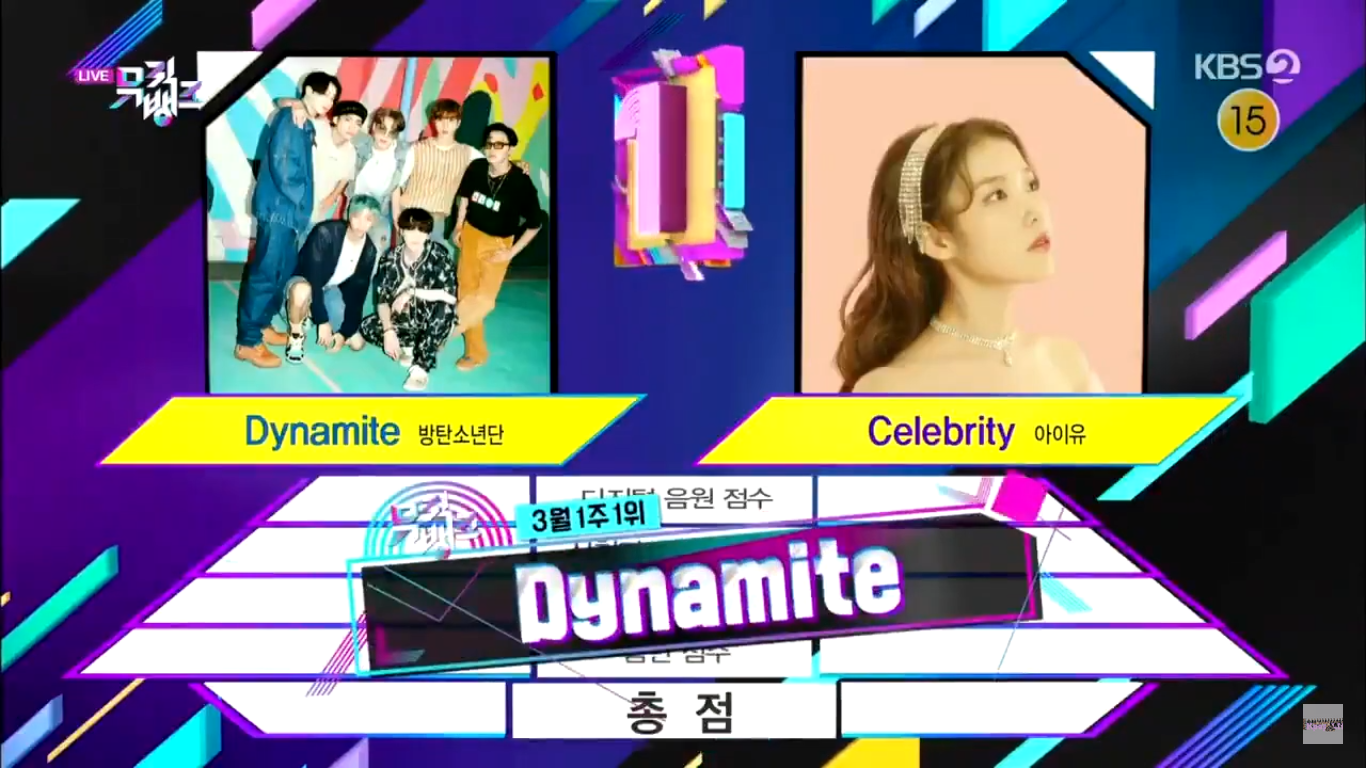 The power of BTS' song  'Dynamite' still hasn't reached its final limit and continues to collect the trophy. Through KBS' music show, 'Music Bank', BTS managed to add a winning trophy to 'Dynamite'.

This win will be the 32nd win for the song 'Dynamite' released on August 21st, 2020. 'Dynamite' managed to get 4990 points which has a slight difference with IU's 'Celebrity' which won 4900 points.

Congratulations to BTS and ARMY on their 32nd win for 'Dynamite'! (www.onkpop.com)
Add your comment