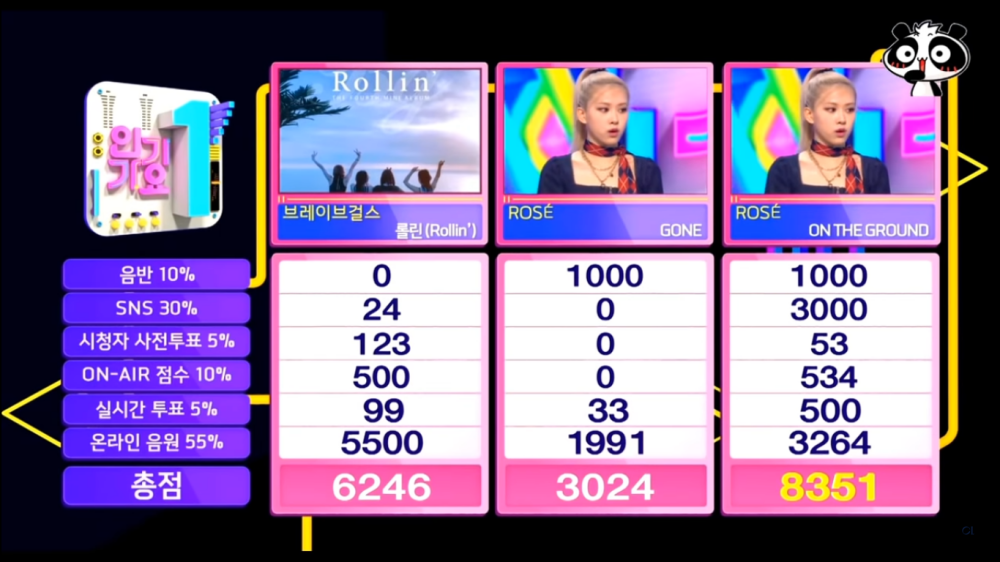 BLACKPINK's Rosé again won the victory trophy on music programs with her solo debut song. In the episode 'Inkigayo' which was broadcast on Sunday (03/28), Rosé's song 'On The Ground' managed to rank first.

The song 'On The Ground' was nominated along with the song 'GONE' which is also Rosé's song, as well as 'Rollin' by Brave Girls.

'On The Ground' took the lead after gaining 8351 points, while the song 'Rollin' 6246 points and 'GONE' with 3024 points. This is the 5th trophy that Rosé has managed to get since making her solo debut with the single album '-R-'.