Stray Kids' Hyunjin Admits Bullying in The Past And Apologizes Directly to His Classmates - ONkpop.com - Breaking K-pop News, Videos, Photos and Celebrity Gossip 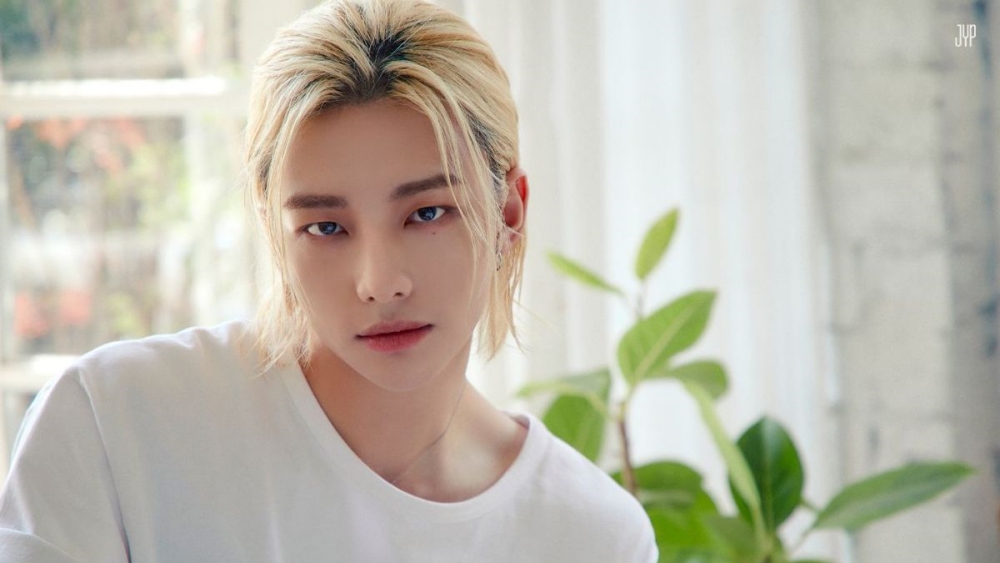 Stray Kids' Hyunjin have solved his past problems with classmates who accused him of being a bully. On Friday (26/02), JYP Entertainment released an official statement regarding the problem of accusations of bullying made by Stray Kids' Hyunjin while in school.

The following is JYP's official statement:

“First, we would like to apologize to the many of them who felt uncomfortable because of the negative news involving Stray Kids' Hyunjin. We also ask for your understanding in our belated statement, as it will take time to investigate this matter as accurately as possible through various sources.

After we collected evidences from various individuals affiliated with this incident, there was a degree of difficulty in ascertaining the complete truth behind the initial allegation posting, due to the fact that individuals provided different reports based on their memories.

Nonetheless, it was true that there were individuals who were hurt by Hyunjin's past actions who were immature and inappropriate, and Hyunjin was also currently deeply regretting his past behavior, so he personally met his former classmate for a sincere apology.

We would like to once again thank Hyunjin's former classmates for accepting his sincere apologies, for their willingness to resolve matters peacefully, and for supporting Hyunjin's future promotions.

We would also like to take this opportunity to apologize to former classmates we were unable to contact, as well as anyone who has felt hurt by Hyunjin's words in the past.

Hyunjin has decided to always reflect on his past behavior and cultivate a better character, and JYP Entertainment is also planning to do our best to guide our artists on their moral path.

Lastly, we ask you to refrain from spreading false rumors or any more speculative posts online, and we promise to pay greater attention to aspects of our artist / trainee selection process that we did poorly in the past. Thank you."

Hyunjin also personally wrote a handwritten letter to express his apologies for his past actions that might leave scars or hurt others. He also said that he had met personally, conveyed his apologies and resolved problems with classmates who accused him of bullying at school. (www.onkpop.com) 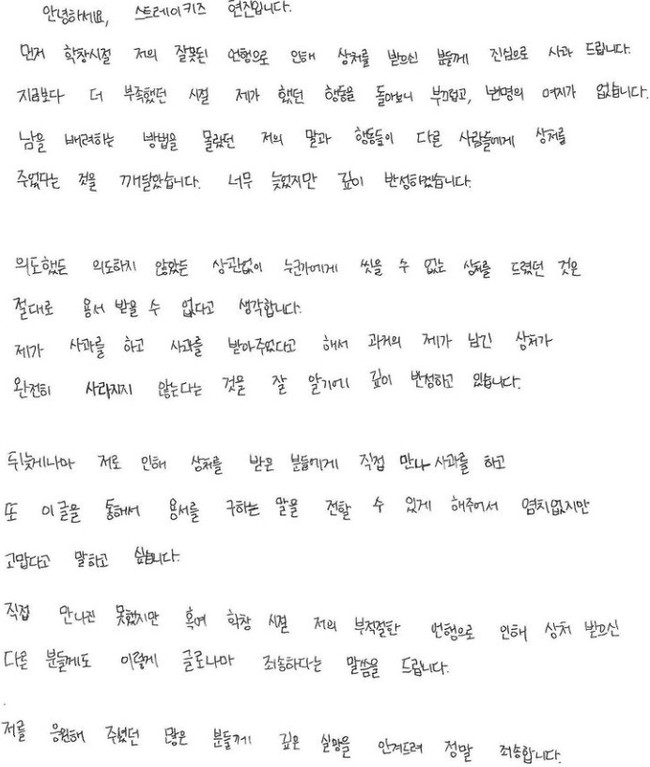