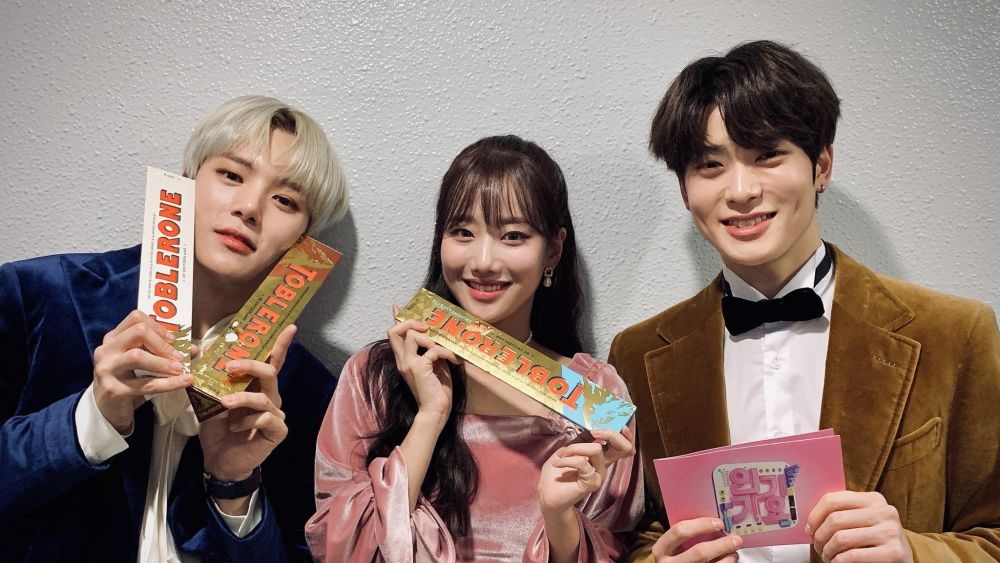 The three MCs on 'Inkigayo' will soon leave their positions. The three MCs are MONSTA X's Minhyuk, APRIL's Naeun and NCT's Jaehyun who started to become MCs on the 'Inkigayo' program since October 20, 2019.

PD Jung Ik Seung said, “Over the past 20 years, the longest MCs who stayed together until the end were Minhyuk, Naeun, and Jaehyun. When they just became MCs, there was a change in the format of the live broadcast, which originally presented a live audience, but because of COVID-19 the direct audience had to be eliminated."

"I am very grateful that they were able to convey positive energy to the viewers of 'Inkigayo' for approximately one year and four months."

He added, “I'm really sad because MinNaHyun has been the number 1 combination in my heart since the casting stage. However, we had to say goodbye after the three of them reached their highest career paths with their group and individual activities while MCing, so I think the past one year and four months will remain unforgettable happy memories for everyone."

The final episode of the program 'Inkigayo' hosted by Minhyuk, Naeun and Jaehyun will be broadcast on February 28, 2021. (www.onkpop.com)