'Map Of The Soul: 7' Successfully Becomes The 3rd BTS Album To Get Gold Certificate in the UK - ONkpop.com - Breaking K-pop News, Videos, Photos and Celebrity Gossip

Home Boyband 'Map Of The Soul: 7' Successfully Becomes The 3rd BTS Album To Get Gold Certificate in the UK

'Map Of The Soul: 7' Successfully Becomes The 3rd BTS Album To Get Gold Certificate in the UK 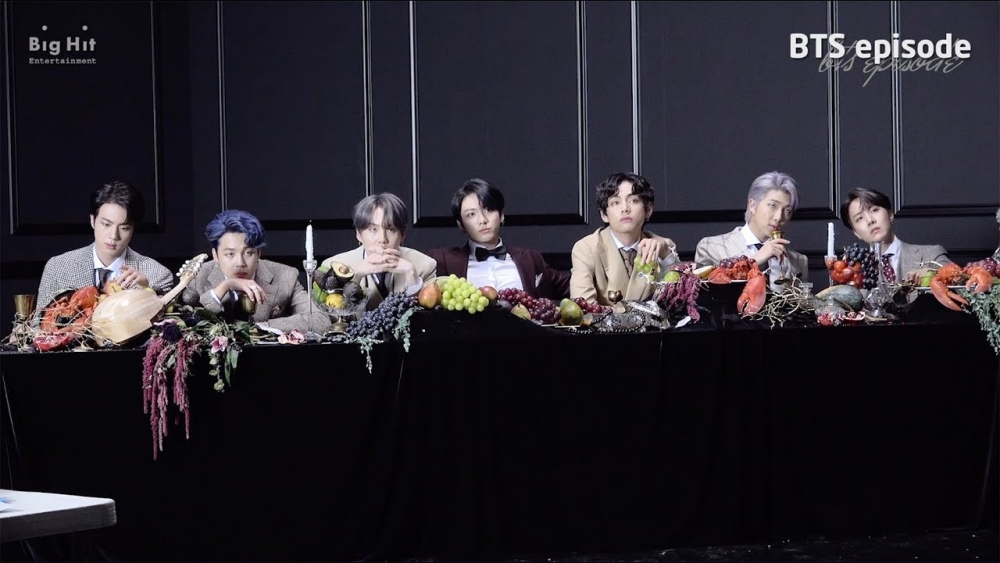 The popularity of BTS can not only be felt in South Korea. Even outside Korea, this boy group is getting tremendous attention. This is evidenced by the achievements they get from various countries.

According to BPI certification standards, the album will be certified gold with 100,000 units sold. This is BTS' 3rd album to win a gold certificate in the UK, after 'Love Yourself: Answer' and 'Map of the Soul: Persona'. BTS currently has 8 silver certified albums in the UK as well as 3 silver certified singles. 'Dynamite' also became the 1st single from a Korean group to win a gold medal in the United Kingdom.

'Map of the Soul: 7' is BTS' 4th Korean language studio album, released on February 21st, 2020 with the main track 'ON'. This song successfully received a lot of attention from the public because of its cool choreography. BTS also released the video 'Kinetic Manifesto' for the choreography of this song.

On the other hand, BTS themselves some time ago showed off their latest song and Coldplay cover for 'MTV Unplugged Presents: BTS'. BTS performed some of their songs such as 'Telepathy', 'Blue & Gray', 'Life Goes On' and 'Dynamite' as well as a cover of Coldplay's 'Fix You'.

'MTV Unplugged Presents: BTS' is a BTS special episode of 'MTV Unplugged', a series that started in 1989. The series features music artists performing unplugged versions of their songs. (www.onkpop.com) 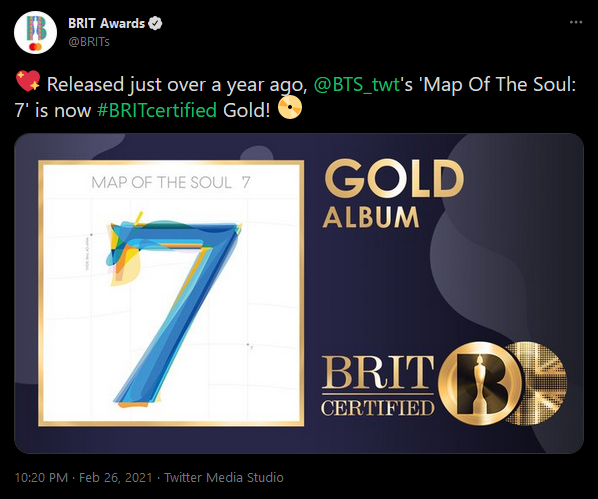